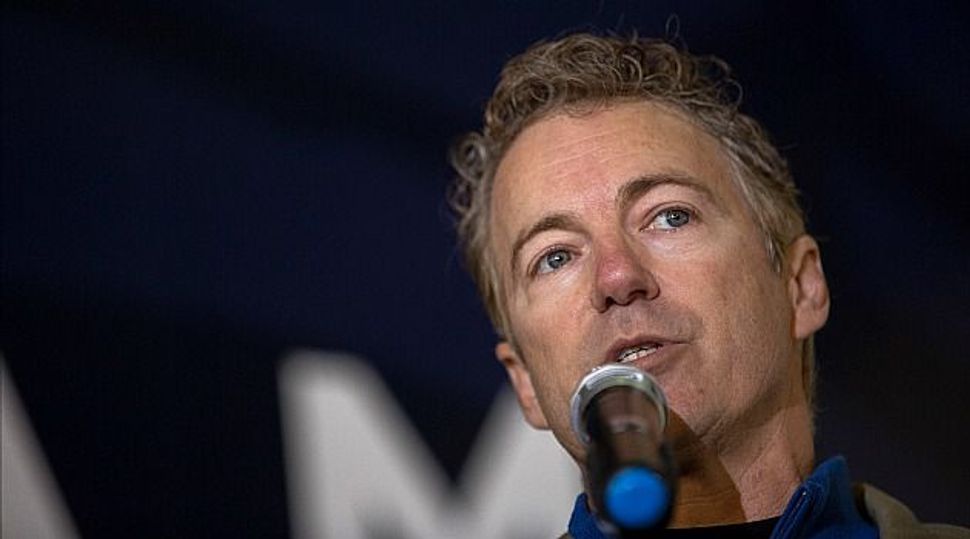 Sen. Rand Paul introduced a bill that would cut U.S. funding to the Palestinian Authority until it withdraws its request to join the International Criminal Court.

The bill introduced this week would close a loophole in legislation rushed through last month at the tail end of the previous congressional session. That legislation, packed into an omnibus spending bill, suspended aid to the Palestinians only after the launch of any investigation targeting Israelis.

The United States provides approximately $500 million in an annual assistance to the Palestinian Authority.

Paul’s legislation addresses the Dec. 31 Palestinian application to join the ICC. The Kentucky Republican is likely to seek his party’s nomination for the presidency.

The Obama administration is reluctant to strip funding from the Palestinian Authority, which is preeminent in the West Bank, seeing it as a bulwark against Hamas, the terrorist organization that controls the Gaza Strip.

Jen Psaki, a State Department spokeswoman, said the administration is studying Paul’s bill. She also said that the United States does not believe the Palestinians are eligible to join the ICC.

The American legal opinion in this case, however, would not carry much weight as the United States, like Israel, did not join the Rome Statute.