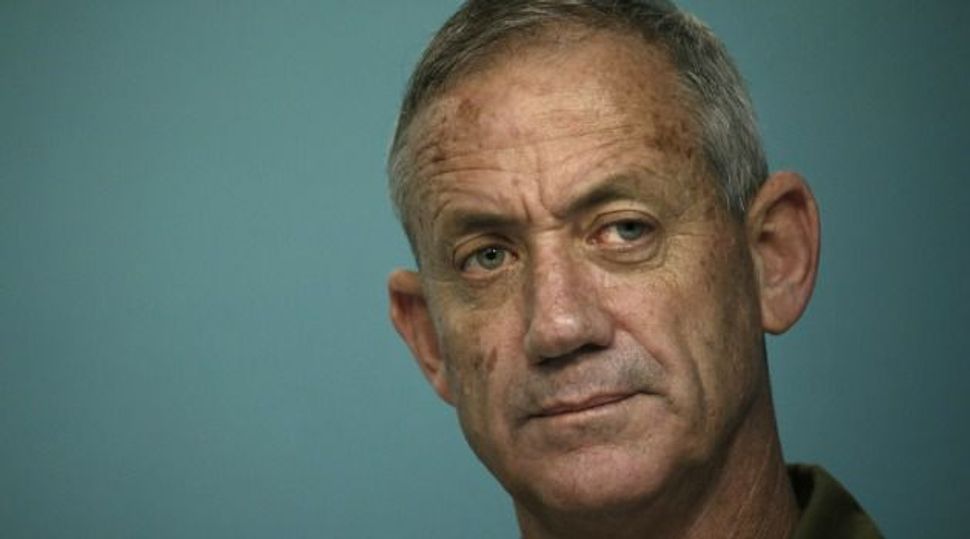 Israel’s top military officer said on Thursday he was disappointed rather than worried about a Palestinian move to join the International Criminal Court, calling it unnecessary because Israel could investigate complaints itself.

Lieutenant General Benjamin Gantz, the chief of the Israel Defense Forces general staff, also said he was convinced the F-35 Joint Strike Fighter was the warplane of the future for the IDF, despite criticism of its costs and capabilities.

“It’s true it is very expensive,” Gantz said. “I hope that, as far as budget constraints, we’ll be able to continue with this program because I believe it’s very important for us.”

Gantz made his remarks after meeting his U.S. counterpart, Army General Martin Dempsey, the chairman of the Joint Chiefs of Staff. The visit comes as Gantz wraps up his tenure as chief of staff.

Some officials cited misgivings about whether the F-35’s range, payload and maneuverability would suit Israel’s needs. Gantz said he thought the F-35 was “the right aircraft for us” because it could be adapted to the kind of hybrid challenges the IDF will face in the future.

Asked if he was concerned about the Palestinian decision to join the International Criminal Court and whether it could lead to war crimes cases against the IDF, Gantz said he was less worried than disappointed.

“It’s an unnecessary unilateral step by the Palestinians,” he said, adding that, like the U.S. military, the IDF was part a democratic country that operates under international law.

He said the IDF made a “huge effort to prevent casualties, civilian casualties … yet we still have to defend our own population.”

The country had the legal traditions and ability to investigate any complaints on its own, he added.

A senior military official, asked whether the IDF would alter its military operations in the Gaza Strip, replied: “I don’t think we need to change.”

The official spoke on condition of anonymity.

A United Nations agency said in August that 2,100 Palestinians were killed in last summer’s war in Gaza, more than two thirds of them civilians. Israel disputes those figures.