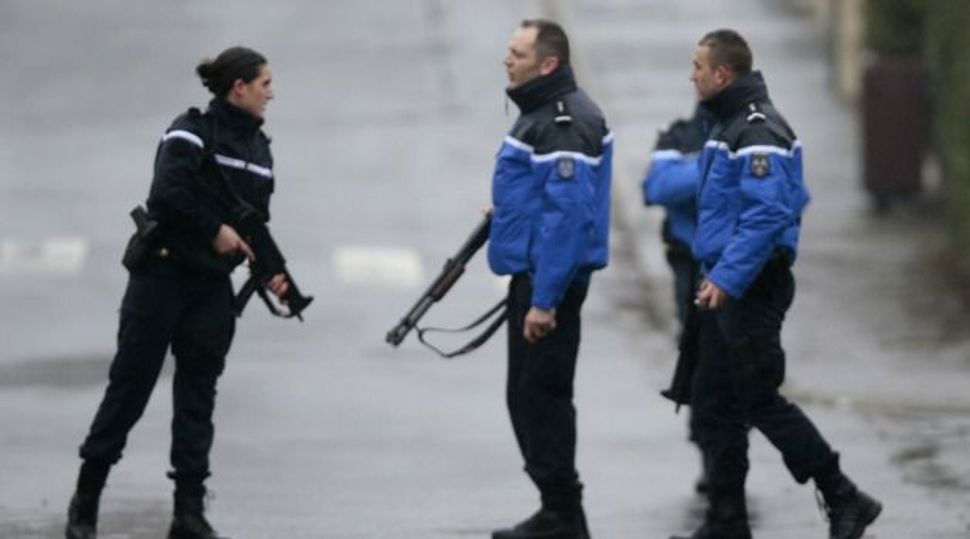 Two brothers suspected of a bloody attack on the offices of French satirical newspaper Charlie Hebdo were killed when police stormed their hideout on Friday, while a second siege ended with the deaths of four hostages.

The violent end to the simultaneous stand-offs followed a police operation of unprecedented scale as France tackled one of the worst threats to its internal security in decades. The heavy loss of life over three consecutive days also risked fueling anti-immigrant voices in the country and elsewhere in the West.

Officials said Cherif Kouachi and his brother Said, both in their thirties, died when anti-terrorist forces moved in on a print shop in the small town of Dammartin-en-Goele, northeast of Paris, where the chief suspects in Wednesday’s attack had been holed up. The hostage they had taken was safe, an official said.

Automatic gunfire rang out, followed by blasts and then silence as smoke could be seen billowing from the roof of the print shop. Amid thick fog, a helicopter landed on the building’s roof, signaling the end of the assault. A government source said the brothers had emerged from the building and opened fire on police before they were killed.

Minutes later police broke the second siege at a Jewish supermarket in eastern Paris. A police union source said four hostages had died there along with a gunman, believed to have had links to the same Islamist group as the Kouachi brothers, who was holding them.

News footage of the Hyper Cacher kosher supermarket in the Vincennes district showed dozens of heavily armed police officers massed outside of two entrances. The assault began with gunfire and a loud explosion at the door, after which hostages were rushed out.

Reuters photographs taken from long distance showed a man holding an infant and looking distressed being herded into an ambulance by police. Others were carried in on stretchers.

French authorities have mobilized a force of nearly 90,000 since Wednesday’s attack on Charlie Hebdo, a weekly that has long courted controversy by mocking Islam and other religions.

The Kouachi brothers were prime suspects in this attack when hooded gunmen shot dead 12 people including some of France’s top satirical cartoonists along with two police officers.

Security sources said the French-born brothers of Algerian origin had been under surveillance and had been placed on European and U.S. “no-fly” lists.

The violence raised questions about surveillance of radicals, far-right politics, religion and censorship in a land struggling to integrate part of its five million-strong Muslim community, the largest inn the European Union.

Charlie Hebdo had long courted controversy with satirical attacks on Islam as well as other religions and political leaders. A witness said one of the gunmen in Wednesday’s attack was heard to shout: “We have killed Charlie Hebdo! We have avenged the Prophet!”