Both Brothers Behind Paris Attack Had Weapons Training in Yemen 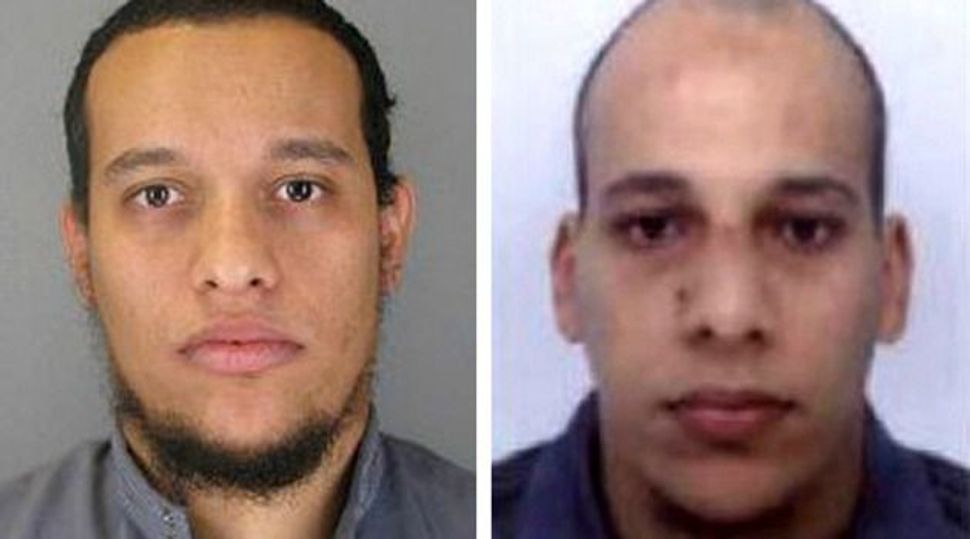 (Reuters) – Both brothers who carried out the attack against satirical weekly Charlie Hebdo traveled to Yemen via Oman in 2011 and had weapons training in the deserts of Marib, an al Qaeda stronghold, two senior Yemeni sources said on Sunday.

This is the first confirmation by Yemeni officials that both Cherif and Said Kouachi, who carried out the bloodiest Islamist attack on the West in decades, had visited Yemen where al Qaeda’s deadliest franchise, AQAP, is based. One Yemeni source had previously confirmed a visit by Said Kouachi.

The Paris attack puts a fresh spotlight on the AQAP branch which has recently focused on fighting enemies at home such as government forces and Shi’ite rebels but still aims to carry out attacks abroad.

A concerted government campaign last year and repeated U.S. drone strikes on AQAP figures had also created a belief that it lacked the capability to launch any major attacks abroad. The group has managed however, to target Westerners, including French citizens, in Yemen in the past year.

“These two brothers arrived in Oman on July 25, 2011, and from Oman they were smuggled into Yemen where they stayed for two weeks,” a senior Yemeni security official, who declined to be named, said.

“They met (al Qaeda preacher) Anwar al-Awlaki and then they were trained for three days in the deserts of Marib on how to fire a gun. They returned to Oman and they left Oman on Aug. 15, 2011 to go back to France.”

A senior Yemeni intelligence source confirmed the brothers had entered Yemen via Oman in 2011, citing the ease with which they entered while the security forces were focused on the Arab Spring protests that were convulsing the country at the time.

The source also confirmed the brothers had met Awlaki “and trained in Wadi Abida,” – which is between Marib and Shabwa provinces where Awlaki was known to move freely.

The Kouachi brothers were shot dead by French security forces after they took refuge in a print works outside Paris.

Awlaki, an influential militant recruiter, was killed by a suspected U.S. drone strike in Sept. 2011. Cherif Kouachi told a television station he had received financing from Awlaki and that he had been “sent” by al Qaeda in Yemen.

Both Brothers Behind Paris Attack Had Weapons Training in Yemen