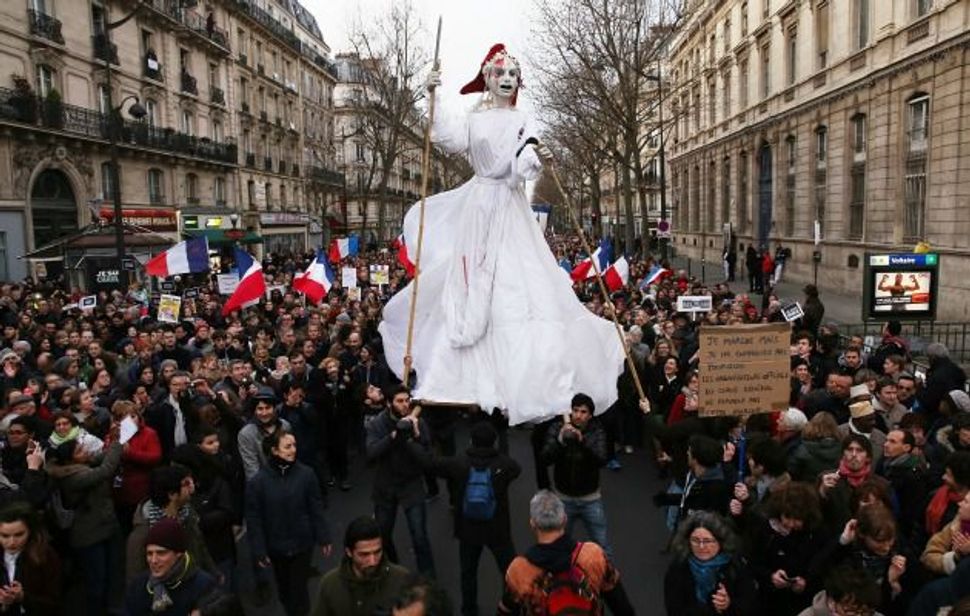 Unity: Demonstrators participate in a mass rally following the recent terrorist attacks in Paris, where an estimated one million people have converged. Image by Getty Images

An organizer of Sunday’s march in Paris to honor the victims of the Islamist attacks in France said the turnout could surpass one million.

“Fantastic France! I am told there could be as many as 1.3 million to 1.5 million of us in Paris,” Francois Lamy, the lawmaker charged by the ruling Socialist Party with organizing the rally, tweeted.

No official police estimates have been released on the number of marchers at Sunday’s rally, but media outlets put the crowd at more than 1 million.

Paris is home to 2.3 million people.

Dozens of world leaders attended the event, including Israeli Prime Minister Benjamin Netanyahu and Palestinian Authority President Mahmoud Abbas, who marched in the front row of the foreign dignitaries several people apart, with Hollande in the middle.

There were no speeches at the rally. Marchers carried signs in French reading “I am Charlie,” referring to the satirical magazine where 12 staff members and security forces were killed on Jan. 6. Other signs read in French “I am Jewish,” representing the four men killed during an attack Friday on a kosher supermarket in a Paris suburb.