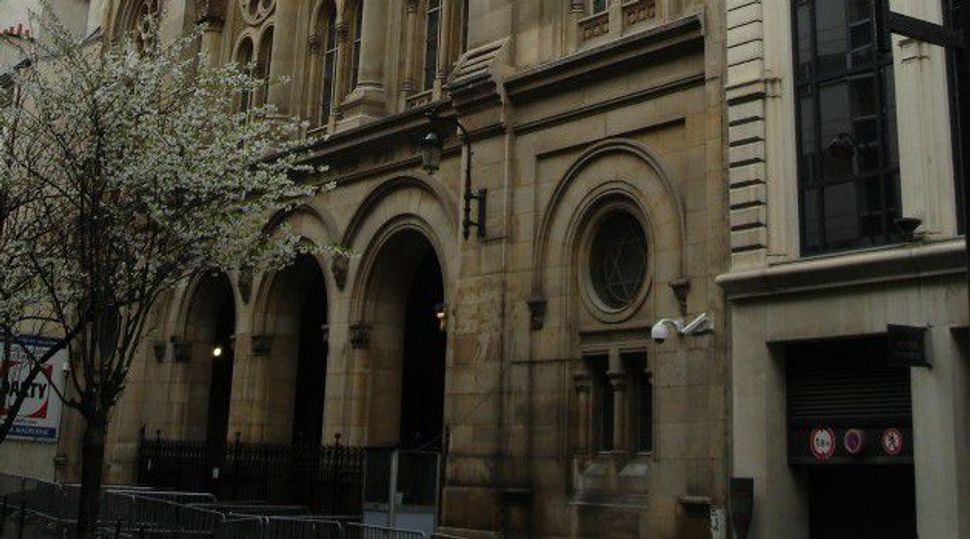 Shuttered: The Grand Synagogue of Paris was closed during Friday’s terror attacks and did not reopen for Shabbat services, marking the first time the synagogue has not held services since World War II. Image by Wikipedia

Jewish schools and synagogues in France have been promised extra protection, by the army if necessary, after killings by Islamic militants in Paris, the head of the community’s umbrella group said on Sunday after a meeting with President Francois Hollande.

The attacker who took hostages in a siege of a Paris kosher supermarket in which four people died on Friday said he was targeting the Jewish community. The gunman, Amedy Coulibaly, was killed as police broke the siege.

“We have our sadness and our rage, we also have a set out a number of urgent measures to take,” CRIF President Roger Cukierman said after a meeting with Hollande.

“They told us that all schools and all synagogues will be protected in measures that, if necessary, extend beyond the police to the army.”

The four victims at the supermarket were among a total of 17 people, including journalists and policemen, killed in three days of violence in and around Paris.

It began with a shooting attack on the satirical newspaper Charlie Hebdo on Wednesday and ended with Coulibaly’s death. Two other gunmen were also killed in another shootout north of the capital. Police said all three men belonged to the same Paris-based Islamist militant cell.

France has the largest Jewish population in Europe, having grown by nearly half since World War Two to total some 550,000 according to CRIF. Anti-Semitic threats and incidents more than doubled last year, according to the Ministry of the Interior.