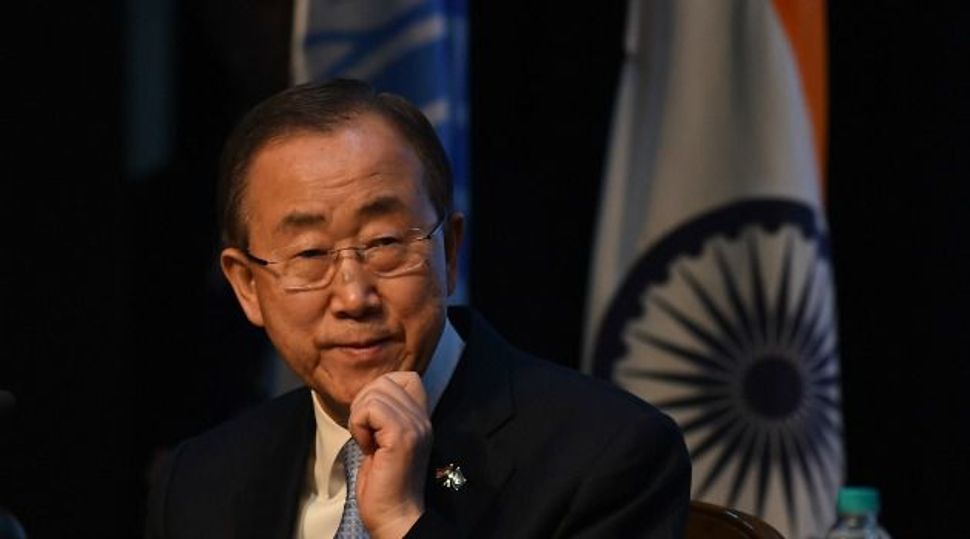 Secretary-General Ban Ki-moon is alarmed that the Israelis and Palestinians are engaged in a downward spiral of actions and counter actions and calls on both sides not to exacerbate existing divisions, a senior U.N. official said on Thursday.

Israel is withholding critical tax revenue and seeking ways to bring war crimes prosecutions against Palestinian leaders in retaliation for the Palestinian moves to join the International Criminal Court (ICC).

“We call on Israel to immediately resume the transfer of tax revenues,” U.N. deputy political affairs chief Jens Anders Toyberg-Frandzen told the U.N. Security Council. “The Israeli-Palestinian conflict is now entering unchartered territory, which, lamentably, seems to have dashed any immediate hope for a return to peace talks.”