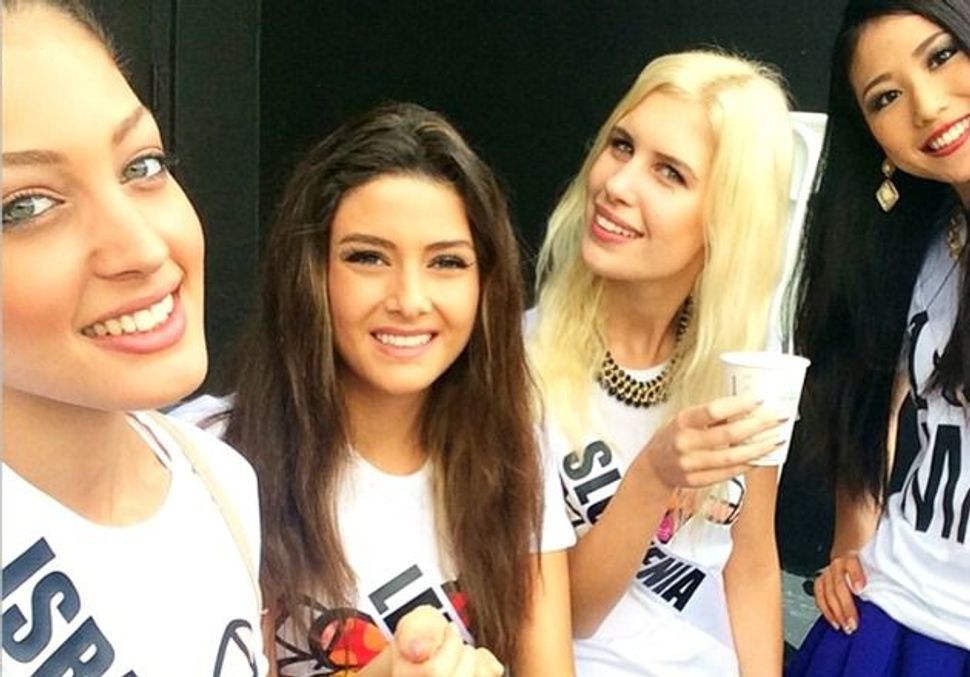 Consorting With the Enemy? Miss Israel Doron Matalon posted a photo of herself with Miss Lebanon Saly Greige. Image by Doron Matalon Instagram

An Israeli beauty queen’s selfie has caused a stir in Lebanon, with some Lebanese saying their country’s contestant at the Miss Universe pageant should be stripped of her title for consorting with the enemy.

Miss Israel Doron Matalon posted a photo of herself and Miss Lebanon Saly Greige smiling together at pageant preparations in Miami, where the winner will be picked on January 25.

The two countries are technically at war, although the border has been largely quiet since their 2006 conflict. The Lebanese risk prison if they call or travel to Israel and all Israeli products are banned in Lebanon.

Some Lebanese have demanded on social media that Greige lose her title for contacts with a citizen of the enemy state.

Greige defended herself on the photo-sharing service Instagram on Saturday, saying Matalon had pestered her for a picture together and finally photobombed her.

“Since the first day of my arrival to participate to Miss Universe, I was very cautious to avoid being in any photo or communication with Miss Israel, who tried several times to take a photo with me,” Greige said.

“I was having a photo with Miss Japan, Miss Slovenia, suddenly Miss Israel jumped in and took a selfie, and uploaded it on her social media.”