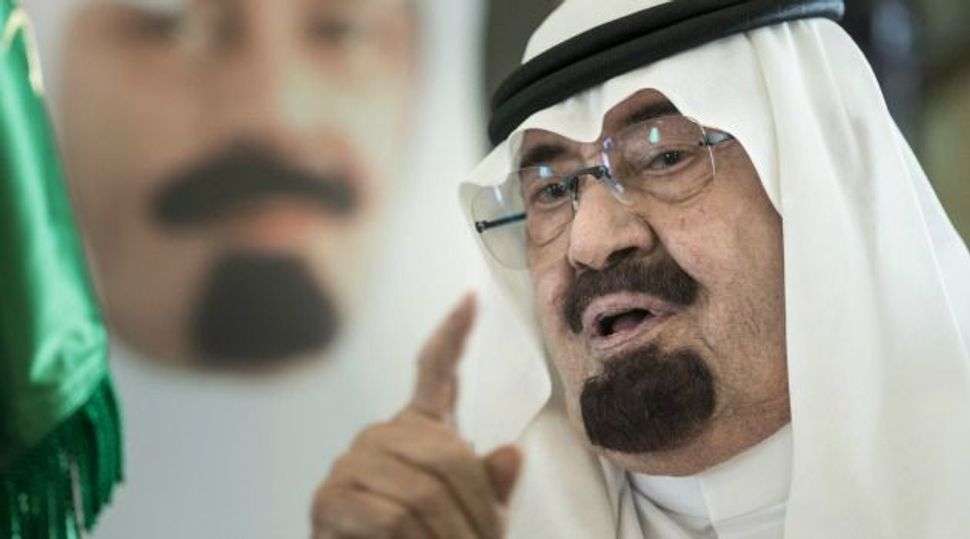 Saudi Arabian King Abdullah, the architect of a proposal that U.S. governments have suggested is the basis for a comprehensive Israeli-Arab peace, has died.

He is succeeded by the Crown Prince, Salman, his brother, who is 79.

Abdullah in 2002, when he was Saudi crown prince, proposed a peace plan that would grant Israel comprehensive peace in the Middle East in exchange for its withdrawal to 1967 lines, including from eastern Jerusalem.

It was soon adopted by the Arab League, and became known as the Arab peace initiative, although Abdullah’s imprimatur, as the crown prince and then from 2005 the king of a leading Sunni Arab state, lent it much of its heft.

It’s not yet clear what Salman’s position is on the peace plan, although in general his views hew close to those of Abdullah.

Under Abdullah, Israel also expanded its unofficial intelligence sharing with Saudi Arabia, particularly as Iran – seen as a threat both by Israel and Saudi Arabia — in recent years appeared to be getting closer to obtaining nuclear weapons capability.

Israeli governments at first rejected Abdullah’s peace plan, in part because it did not explicitly count out a right of return for Palestinian refugees, but in 2007 then-Prime Minister Ehud Olmert, at the behest of then-President George W. Bush, agreed that it would be a basis for peace talks. Those talks collapsed in late 2008.

The Obama administration has also cited the plan as a basis for peace talks and in recent years extracted an agreement from the Arab League to include land swaps as part of the predicate for comprehensive peace, a formula that would allow Israel to retain some of its West Bank settlements.