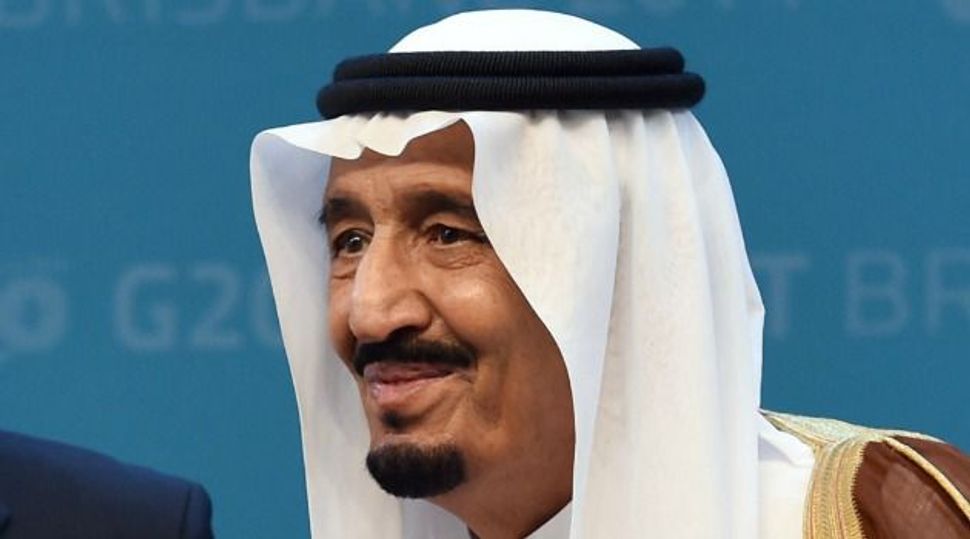 Israeli President Reuven Rivlin said he was saddened by the death of King Abdullah of Saudi Arabia, whom he credited with enhancing regional stability.

Rivlin expressed his appreciation for the Saudi Monarch in a statement Friday, a day after Abdullah’s died at 90.

“I was saddened to hear of the passing of King Abdullah. He was an example of grounded, considered and responsible leadership, with a deep religious tradition,” Rivlin said in the statement. “As ‘Guardian of the Holy Places’ of Islam, King Abdullah acted as a moderator, respecting the sensitivity and sanctity of Jerusalem and sought to promote a vision of prosperity for the region. His wise policies contributed greatly to our region, and to the stability of the Middle East.”

In a statement, President Barack Obama said that Abdullah “was always candid and had the courage of his convictions,” adding that,

“One of those convictions was his steadfast and passionate belief in the importance of the U.S.-Saudi relationship as a force for stability and security in the Middle East and beyond.”

The White House also announced that Vice President Joe Biden would lead a U.S. delegation to Saudi Arabia in the coming days to pay respects to the king’s family.

King Abdullah, or Abdullah bin Abdulaziz Al Saud, is succeeded by the Crown Prince, Salman, his brother, who is 79. Abdullah in 2002, when he was Saudi crown prince, proposed a peace plan that would grant Israel comprehensive peace in the Middle East in exchange for its withdrawal to 1967 lines, including from eastern Jerusalem.

It was soon adopted by the Arab League, and became known as the Arab peace initiative, although Abdullah’s imprimatur, as the crown prince and then from 2005 the king of a leading Sunni Arab state, lent it much of its heft.

It’s not yet clear what Salman’s position is on the peace plan, although in general his views hew close to those of Abdullah.

Under Abdullah, Israel also expanded its unofficial intelligence sharing with Saudi Arabia, particularly as Iran — seen as a threat both by Israel and Saudi Arabia — in recent years appeared to be getting closer to obtaining nuclear weapons capability.