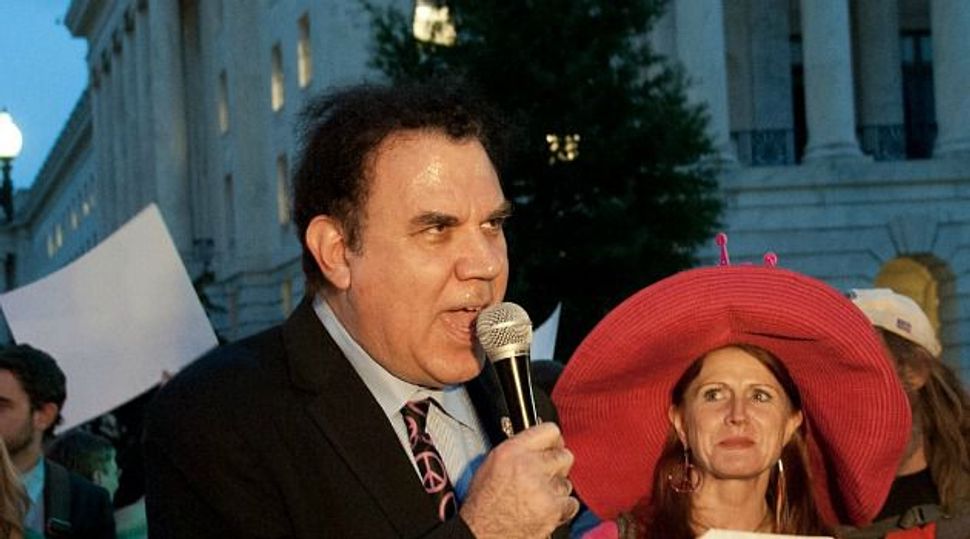 Congressman Alan Grayson’s divorce saga took another twist this week when his wife requested a court delay to seek emergency medical attention for leaky breast implants, according to court records.

A trial in the divorce of the Orlando-area Jewish lawmaker had been scheduled for Thursday, until chest pains sent Lolita Grayson to the hospital over the weekend, her attorney wrote in an emergency motion to continue the trial.

The pain was “due to her breast implants leaking and a large amount of scar tissue in the chest area,” said attorney Mercedes Wechsler in the filing, noting that emergency surgery was scheduled.

Alan Grayson has contended their marriage was not valid, because she was not divorced from her previous husband when they wed in 1990, according to the Orlando Sentinel and local media.

The trial, which is to determine whether Lolita Grayson committed bigamy, has been rescheduled for March, WESH-TV in Orlando reported.

Alan Grayson, a Democrat representing Florida’s Ninth District around Orlando, was re-elected last year. He has softened his image since his first term, when he famously branded the Republican plan for healthcare as “if you do get sick, die quickly.”

His attorney could not immediately be reached, and his office did not respond to a request for comment.