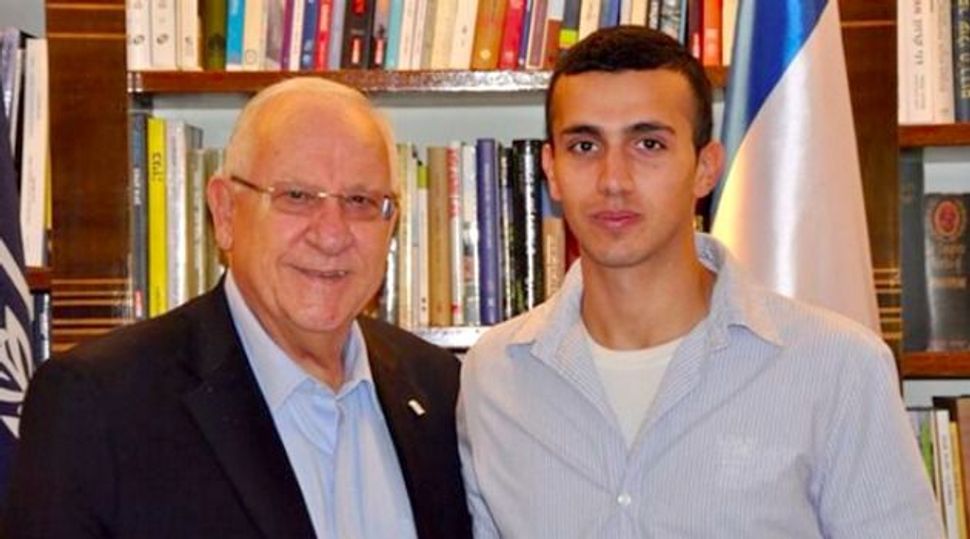 A Druze student in Jerusalem was beaten with glass bottles by a gang.

Tommy Hasson, 21, told Israeli news website Ynet that he was leaving his job at a hotel Thursday night when a group of people approached him and began mocking him for speaking Arabic. One man spat on him, and after Hasson hit him back, they began beating him.

Hasson escaped to the Jerusalem Central Bus Station, where an ambulance took him to a hospital. He was released soon afterward.

“They just hit me,” he told Ynet. “Glass and bottles. There were a lot of people there who screamed, couldn’t do anything and couldn’t stop it. I only managed to escape to the bus station’s entrance after a few minutes and there a few people sat me down, gave me water and took care of me – they called an ambulance until the police arrived. They started asking me questions. In the meantime, blood ran down all over me – my head, my ears and on my shirt.”

A music student, Hasson was recently discharged from the Israel Defense Forces, where he served in the President’s Residence. Israeli President Reuven Rivlin spoke with Hasson and his father on the phone following the incident to express his support.