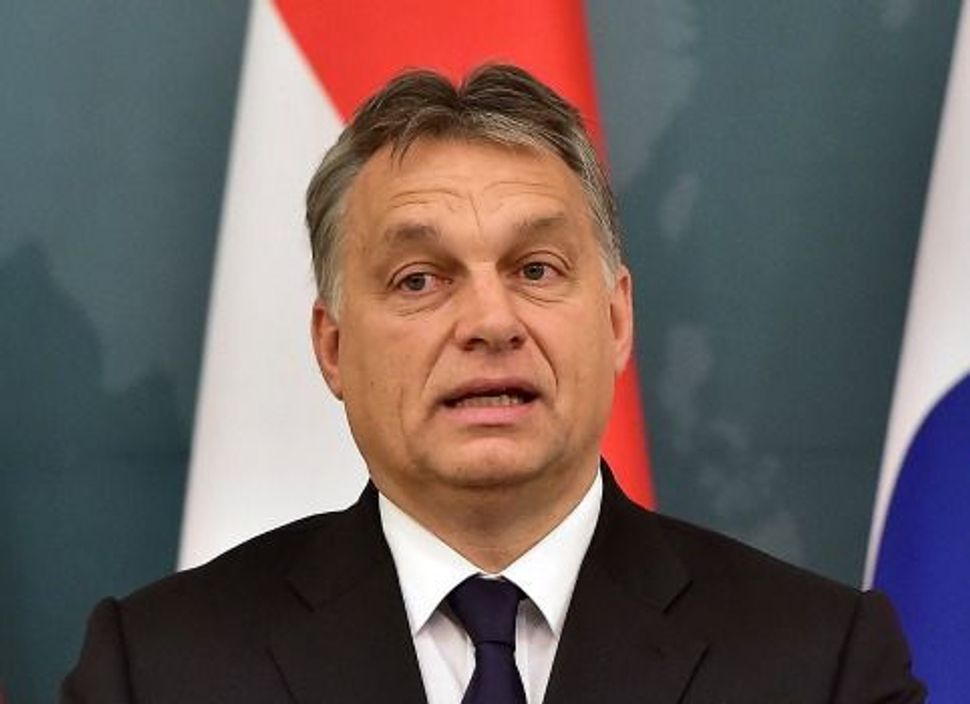 (Reuters) — Prime Minister Viktor Orban overcame unease within his government to acknowledge Hungary’s role in the Holocaust on Monday, saying many people in the central European country acted “shamefully” in World War Two.

Speaking at a memorial for Jewish soldiers who died defending Hungary’s borders during World War One, Orban said Hungary also owed respect to the Jews whose deportation it helped to organize 30 years later.

About 430,000 of the 1.3 million people killed in Auschwitz were Hungarian Jews, according to the website of the 70th anniversary of the camp’s liberation, whose commemorations will take place on Tuesday.

Hungarians helped ferry its Jews to the death camps in just two months in 1944 after German troops had occupied the country.

“Tomorrow the Hungarian government, expressing the pain and loss of the Hungarian people, will participate in Auschwitz to remember the victims of the Holocaust,” Orban said.

“(During World War Two), we were love-less and indifferent when we should have helped, and there were many, very many Hungarians who chose evil over good, who chose shameful acts instead of honest ones.”

That was the kind of uncompromising language that his critics called for in vain last year, when Orban’s government erected a World War Two monument that Jewish groups said whitewashed Hungary’s role in the Holocaust.

Orban’s ruling center-right Fidesz party fought and won three elections last year and some critics suggested the government’s ambiguous stance on the Holocaust was an effort not to alienate part of the electorate.

Standing next to a set of newly chiseled gravestones commemorating the Jewish brigades that fought against the Russian Army in 1915, Orban said Jews belonged within Hungary, without a doubt.

“Standing amid these graves, it is incomprehensible, incomprehensible, all that happened to us 70 years ago,” he said. “The road from comradeship with the heroic Jews of the First World War to the concentration camps.”

The Association of Hungarian Jewish Congregations, Mazsihisz, applauded Orban for showing up. Mazsihisz boycotted the 2014 Holocaust Memorial Year that the government organized partly because of the disputed World War Two monument.

“We considered it very important to demonstrate that the Hungarian Jews have been a part of the nation for centuries. The personal attendance of the prime minister confirms this,” Mazsihisz chairman Andras Heiszler told Orban. “Thank you.”

Since the war, anti-Semitism has remained a big problem in Hungary, home to one of the largest Jewish communities in Europe, and a taboo about expressing anti-Semitic views is breaking down, studies conducted last year showed.