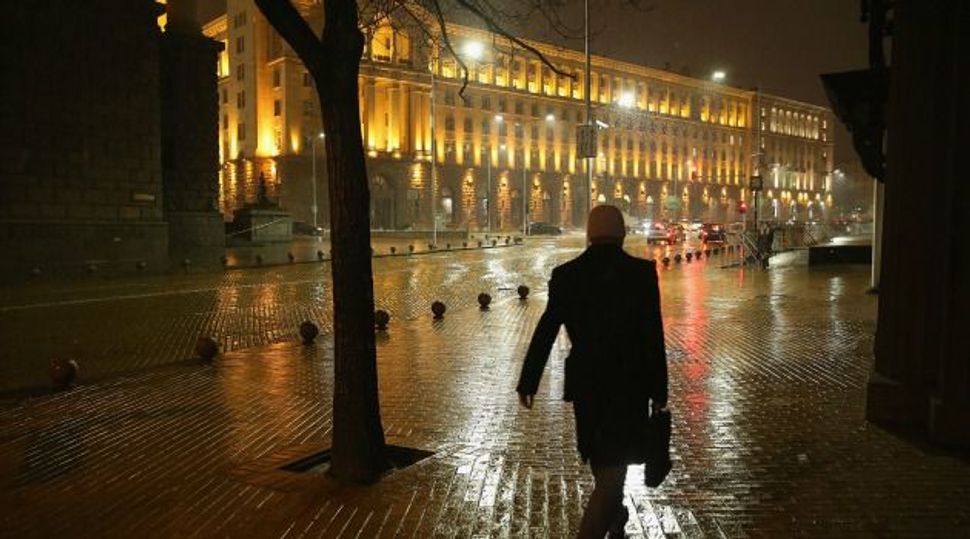 The presidential palace in Bulgaria’s capital will remain lit throughout the night of International Holocaust Memorial Day to encourage actions against anti-Semitism.

The symbolic act at the Sofia residence was announced Tuesday by Bulgarian President Rosen Plevneliev at a meeting organized by the European Jewish Congress in Prague on the 70th anniversary of the liberation of Auschwitz by the Soviet army.

The act is meant “to remind us today that there are people afraid for their safety in Europe,” Plevneliev said in reference to a recent string of anti-Semitic acts in Europe. “This gesture has symbolic meaning, as sometimes even the smallest effort is enough to drive back the darkness and bring back hope, light.”

Plevneliev called on other European officials at the event, titled “Let My People Live,” to combat the current anti-Semitism in Europe.

Czech President Milos Zelman, who spoke after Plevneliev, called on “civilized nations to launch an attack” against ISIS, the Middle Eastern terrorist group. Radical Islamism and jihadism, he said, “can lead to a super-Holocaust in which hundreds of millions will die if it is left unopposed.”

In his address, Plevneliev also called Bulgaria’s actions during the Holocaust ”exemplary” because Bulgaria resisted Nazi demands to deport its Jewish citizens. Bulgarian authorities did consent, however, to the deportation of approximately 11,000 Jews who were not Bulgarian citizens to Nazi death camps.

“Unfortunately, Bulgaria could not do the same for Jews from Greece and Yugoslavia,” Plevneliev said. “We deeply mourn the loss of their lives.”

In 2013, Bulgaria’s parliament passed a stronger-worded resolution that did express “regret” about them, although it stopped short of apologizing for the deportations.