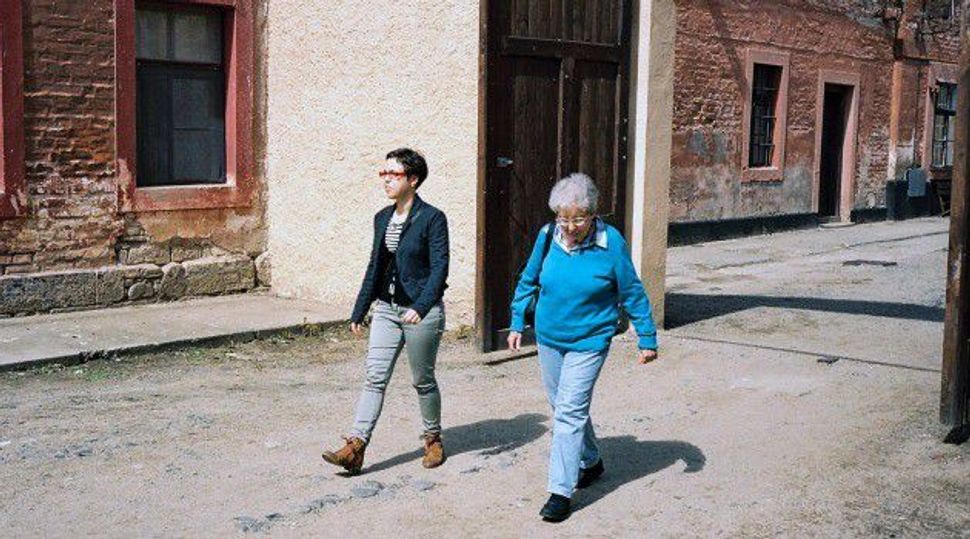 Dozens of survivors of the Theresienstadt concentration camp near Prague returned to the site for a ceremony commemorating the 70th anniversary of their rescue.

Tuesday’s commemoration took place on International Holocaust Memorial Day, which the United Nations set in 2005 for Jan. 27 because it was on that day in 1945 that Russian army troops reached the Nazis’ Auschwitz-Birkenau death camp in Poland, where 1.1 million people were killed.

The troops reached the smaller Theresienstadt camp on May 8, but “the day that the Red Army reached that place of absolute evil is symbolic for the liberation of all the camps, from Austria to Estonia, by the Red Army or by the Allied Forces,” said Tomas Kraus, executive director of the Federation of Jewish Communities in the Czech Republic, whose father survived Theresienstadt.

More than 155,000 Jews passed through the camp, according to the Yad Vashem Holocaust museum in Jerusalem. Of those, 35,440 perished at Theresiendstadt and 88,000 were deported to be murdered.

Theresienstadt, a ghetto that also served as a transit and concentration camp, was unique in that the the Nazis allowed some Jews there to retain something of a cultural life, including putting on concerts. It was the only camp that foreign observers were allowed to visit and was used as a model for propaganda aimed at discrediting accounts of the barbarity that existed in other camps.

Even so, Felix Kolmer, a 92-year-old Czech physicist who survived Theresienstadt, said he and others who made it out of the camp are “haunted by the nightmares made of memories of friends who died in our arms.”

He added: “It was not simple for us to think of Germans without hate, but it was a necessary process. Hate is never a good policy.”