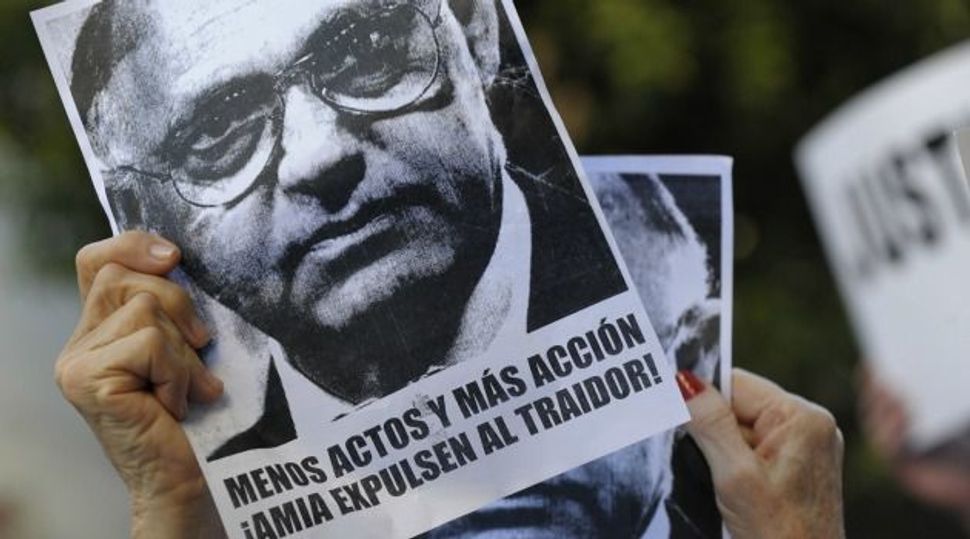 On Tuesday, Plural Jai and AMIA Es De Todos sent AMIA President Leonardo Jmelnitzky formal requests to revoke Timerman’s membership for his role in brokering a pact with Iran in 2013 to jointly investigate the deadly 1994 bombing at the center. The pact has been widely criticized.

The requests followed a Holocaust commemoration ceremony at the AMIA building.

Timerman is the son of the late Jacobo Timerman, a well-known human rights activist during Argentina’s military dictatorship.