Hezbollah Leader: ‘We Do Not Want War With Israel But We Are Not Afraid of It’ 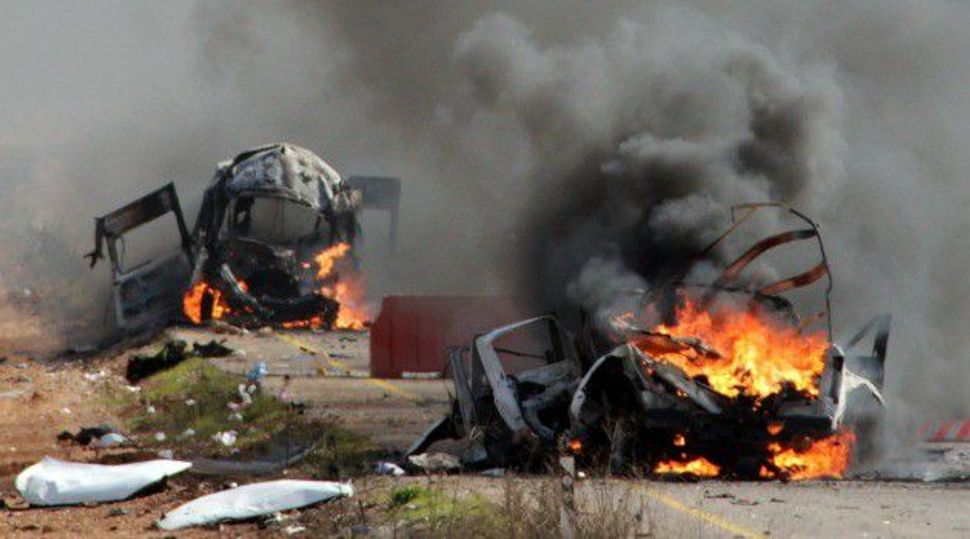 “We do not want a war but we are not afraid of it and we must distinguish between the two and the Israelis must also understand this very well,” Sayyed Hassan Nasrallah said.

Nasrallah was speaking at an event to commemorate the deaths of six Hezbollah fighters and an Iranian general killed by an Israeli air strike in Syria on Jan. 18. The Iranian-backed Hezbollah retaliated on Wednesday with a rocket attack that killed two Israeli soldiers on the frontier with Lebanon.

He said the group had been ready for all possibilities ahead of the retaliatory attack, one of the most serious clashes since the two sides fought a war in 2006. They have appeared to back away from further escalation since the incident.

Addressing a hall full of supporters via video link, Nasrallah said his group no longer had rules of engagement in the conflict with Israel and would hold it responsible for the assassination of any Hezbollah leaders or fighters.

“We have the right to respond in any place and at any time and in the way we see as appropriate,” Nasrallah said in the speech, which was broadcast live on Arabic news channels and greeted by heavy celebratory gunfire in Beirut.

Attendees included visiting Iranian official Alaeddin Boroujerdi, head of the Iranian parliament’s national security and foreign policy committee. He was shown with tears in his eyes as Nasrallah spoke about the men killed in the Jan. 18 Israeli helicopter attack in the Syrian Golan Heights.

The dead included a Hezbollah commander and Jihad Mughniyeh, the son of the group’s late military leader, Imad Mughniyeh, who was assassinated in Damascus in 2008.

The Iranian general killed, Mohammad Allahdadi, had been a senior figure in Tehran’s military effort to support the Syrian government in its battle against insurgents trying to topple President Bashar al-Assad.

One of the top figures in the Iranian Revolutionary Guards, Qassem Soleimani, visited the grave of Jihad Mughniyeh this month, a Lebanese source said.

A picture of Soleimani, head of the Quds Force, praying at Mughniyeh’s grave was broadcast by Lebanese television channel Al-Mayadeen. Soleimani had become a father-figure to Jihad Mughniyeh after his father’s death, the source said. Soleimani also met Nasrallah during his short visit to Beirut.

Hezbollah Leader: ‘We Do Not Want War With Israel But We Are Not Afraid of It’