Only Nisman DNA Found at Scene of His Unexplained Death 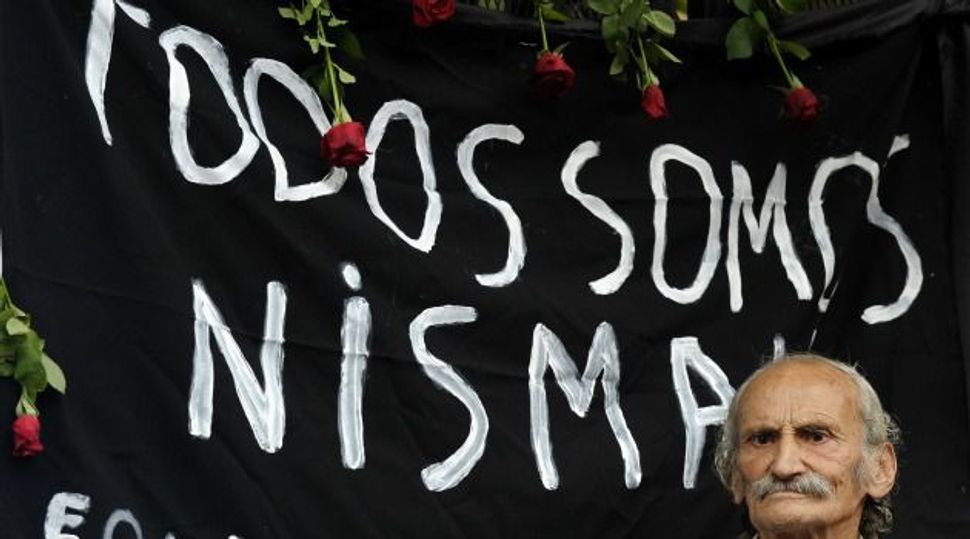 Only the DNA of Argentine prosecutor Alberto Nisman was found at the site of his unexplained death.

The death of Nisman, the special prosecutor in charge of the investigation into the bombing of the AMIA Jewish Center in 1994, remains unexplained two weeks after his body was found in his Buenos Aires apartment.

Nisman, 51, was found dead in his Buenos Aires home on Jan. 18, hours before he was to present evidence to Argentine lawmakers that President Cristina Fernandez de Kirchner covered up Iran’s role in the attack.

Fernandez first said that Nisman’s death was a suicide, and later called his death a deliberate “operation against the government.”

On Friday, the prosecutor in charge of the investigation about Nisman’s death revealed new information.

Only Nisman’s DNA was found at the crime scene. “It can categorically be reported that chemical testing of shirt, shorts, gun, pistol magazine, bullets and shell casing has found a single genetic profile that matches without a doubt the genetic profile of the deceased,” Prosecutor Viviana Fein said.

“As a magistrate, I have to apologize because I am part of this state branch that is not doing its best to figure out what brought you to this end. Now you are in peace and we’ll search for the truth because none of us believe that you were the maker of this end. We are certain that it was the work of another person. We do not know who,” said Nisman’s ex-wife and current federal judge Sandra Arroyo Salgado in her speech at the Jan. 29 funeral.

Nisman was laid to rest where the victims of the AMIA bombing are buried.

Only Nisman DNA Found at Scene of His Unexplained Death