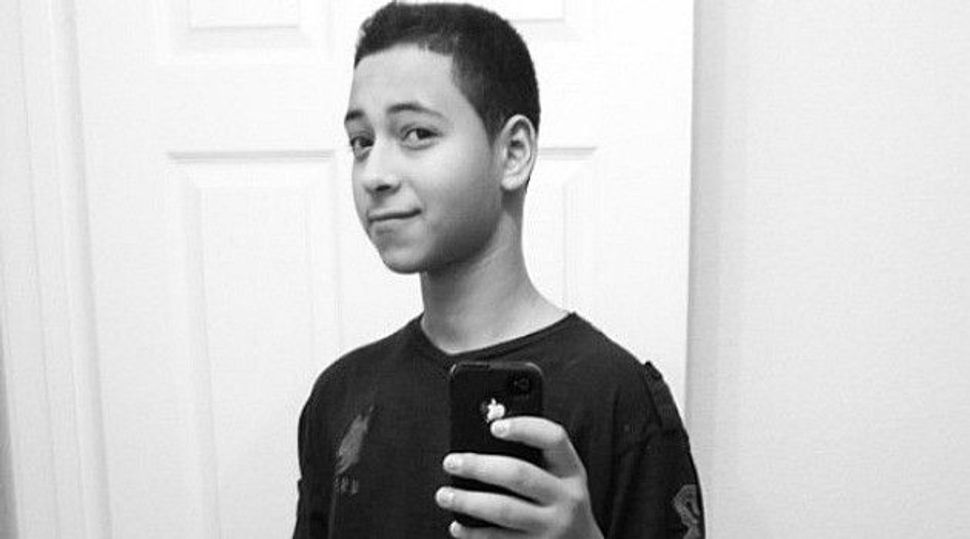 Image by Courtesy of Khdeir family

Israel has dropped all charges against an American teenager who was seen in a video being beaten by Israel police during a riot in eastern Jerusalem.

The U.S. Consulate in Jerusalem announced last week that Tariq Abu Khdeir, 15, of Tampa, Fla., was cleared of wrongdoing during the July 3 riot.

Video of two Israeli police officers kicking and punching a prone and handcuffed teenager, identified later as Khdeir, went viral on the day of his arrest and provoked international outrage. Khdeir, who lives in Miami, was later seen in photographs after his arrest with a bloody face, black eyes and a severely swollen lip.

The riot followed the murder of Khdeir’s 16-year old Palestinian cousin Muhammad Abu Khdeir, whose body was found badly burned in the Jerusalem forest in a retaliation by three Jewish Israelis for the kidnapping and murder of three Israeli teens.

Khdeir was arrested, held under house arrest and later released on bail and allowed to return to Tampa on July 17. The dropping of the charges will allow him to return to eastern Jerusalem to visit his family.

One of the border police officers seen beating Khdeir in the video was indicted in September.

“I was happy to learn that Israel has closed my make-believe case,” Khdeir told the Tampa Tribune. “The whole world now knows that I was beaten, arrested and detained even though I hadn’t done anything wrong.”

The teen told the newspaper that he planned to return to eastern Jerusalem this summer to attend a family wedding.