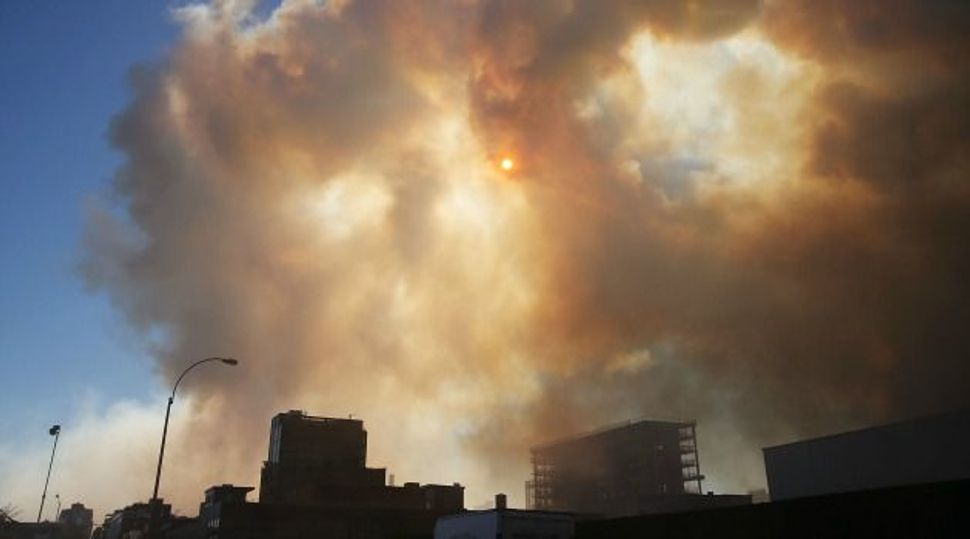 The Brooklyn warehouse building in Brooklyn destroyed by a seven-alarm fire this weekend was home to over 300 boxes of archival material belonging the UJA Federation.

The warehouse also once housed a trove of documents belonging to the American Jewish History Society, but these were moved over a year ago, AJHS Executive Director Rachel Lithgow told the Forward. AJHS was working on the UJA Federation boxes thought to be lost to the flames a part-of three-year-project to document the archives, she confirmed.

Luckily for UJA Federation and AJHS, most of the archival material — which spans over 100 years of history — had already been pulled out of the warehouse as part of the project. “It’s terrible, but I’m glad that it’s just 300. We’ve already processed over 1000 linear feet of material,” she added.

But the sudden loss of material does illustrate a point that Lithgow has been trying to get across for over a year.

“I’ve been in this job 18 months and I have been going to these organizations and saying ‘Paper is not forever. Things happen. There are floods, there are fires. If you don’t have the material preserved in some way, how will future generations know what you did?”

“It’s a hard message to get across,” she added. “It’s also really expensive and hard to raise money for because it’S not sexy.”

The Forward reached out to UJA Federation for comment, but had heard back as of publication.

According to The New York Times, the fire began around 6:20 a.m. on Saturday morning at the CitiStorage facility in Williamsburg. The building houses court files, hospital records and social service documents.

With firefighters still working to put out the blaze, the extent of the damage has not yet been estimated.

“Every time we finish processing a collection. I heave a sigh of relief,” Lithgow said. “At least we know what it is. At least it’s documented.”