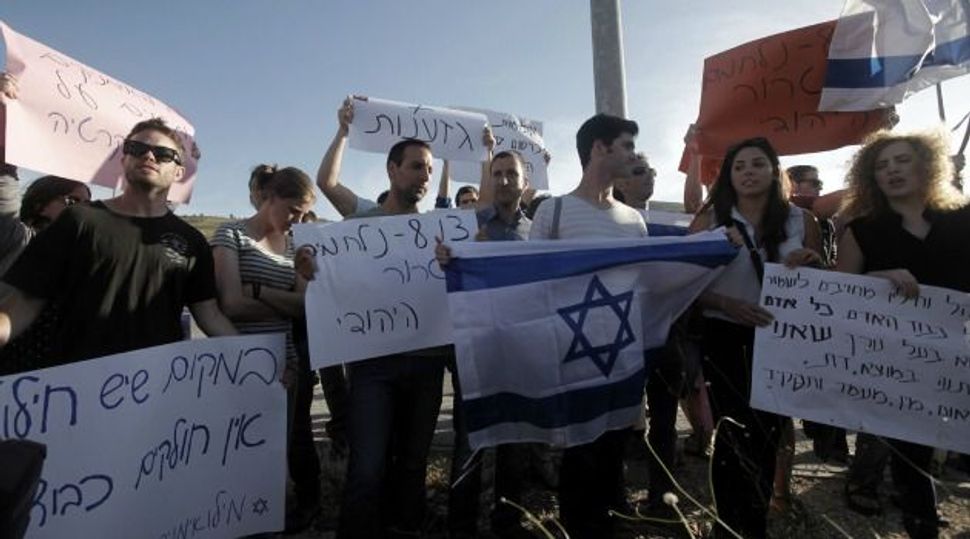 Israel Police seized weapons and equipment from the West Bank settlement of Yitzhar.

The items seized in a Tuesday night raid were to be used against Palestinians and Israeli military forces, police said, according to the Times of Israel. They included knives, saws, flammable liquids, tear gas canisters and black masks.

In April, Israeli troops took over a religious seminary there in response to attacks on Israeli troops and Palestinians by settlement residents. Before the takeover, Yitzhar residents attacked an army outpost in the settlement after the demolition of five illegal homes built there.