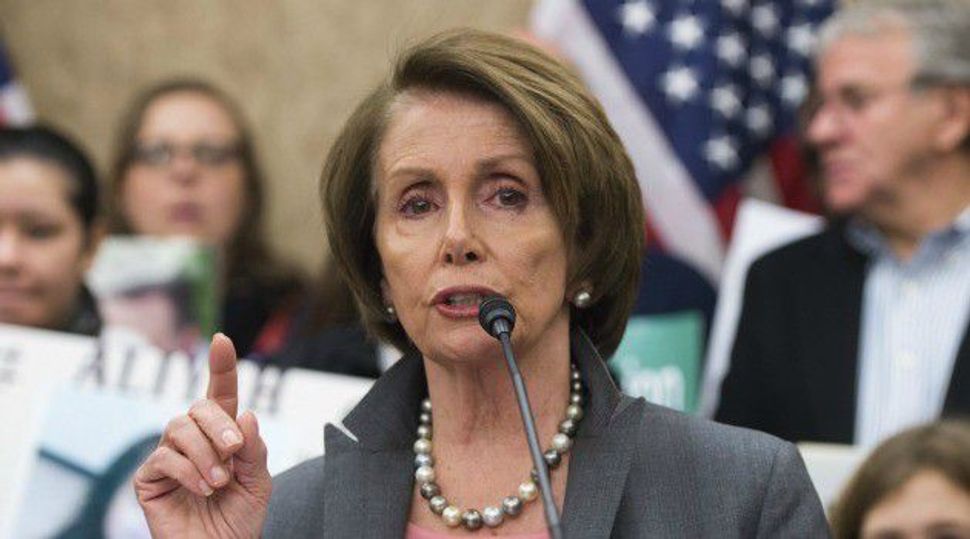 Pelosi told reporters she still intends to attend the March 3 speech. Netanyahu has been fending off criticism at home and abroad over his decision to accept the invitation to address Congress on Iran’s nuclear program two weeks before the Israeli election.

“As of now, it is my intention to go. It is still my hope that the event will not take place. There’s serious unease,” Pelosi told reporters.

Boehner on Thursday defended the invitation to Netanyahu as “a very good idea.” He announced the event last month without first consulting the White House, a move many Democrats considered an insult to President Barack Obama, with whom Netanyahu has always had a testy relationship.

Pelosi, who discussed the matter on Wednesday with Israeli Knesset speaker Yuli Edelstein, said U.S. ties with Netanyahu were “respectful.” But she blamed Boehner for “politicizing” the U.S. relationship with Israel by inviting Netanyahu to speak two weeks before his country’s election. The White House said Obama would not meet with Netanyahu because of the election timing.

Pelosi said some people who were supporters of both Netanyahu and Israel still thought it outrageous that the House of Representatives would be “used, exploited in that way for a political purpose in Israel, and in the United States.”