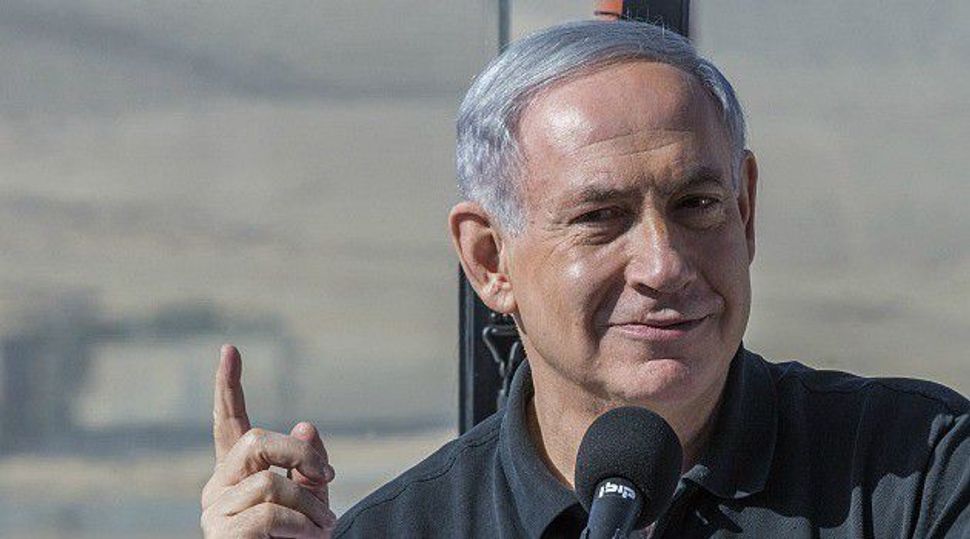 A senior Israeli official suggested on Friday that Prime Minister Benjamin Netanyahu had been misled into thinking an invitation to address the U.S. Congress on Iran next month was fully supported by the Democrats.

Netanyahu was invited by the Republican speaker of the house, John Boehner, to address Congress on March 3, an invitation Boehner originally described as bipartisan.

The move angered the White House, which is upset about the event coming two weeks before Israeli elections and the fact that Netanyahu, who has a testy relationship with President Obama, is expected to be critical of U.S. policy on Iran.

“It appears that the speaker of Congress made a move, in which we trusted, but which it ultimately became clear was a one sided move and not a move by both sides,” Deputy Israeli Foreign Minister Tzachi Hanegbi told 102 FM Tel Aviv Radio on Friday.

The interviewer asked if that meant Netanyahu had been “misled” into believing Boehner’s invitation was bipartisan, a characterisation Hanegbi did not contest.

Asked whether the prime minister should cancel or postpone the speech, Hanegbi said: “What would the outcome be then? The outcome would be that we forsake an arena in which there is a going to be a very dramatic decision (on Iran).”

The invitation has caused a furore in Washington, leading to much criticism of Boehner by Democrats and repeated statements by Boehner and other Republicans explaining their position.

Top Democratic lawmaker Nancy Pelosi said on Thursday the event was “politicized” and she hoped it would not take place – piling pressure on Netanyahu after the White House said it would not meet him during the visit.

Netanyahu has denied seeking electoral gains or meddling in internal U.S. affairs with the speech, in which he is expected to warn world powers against agreeing to anything short of a total rollback of Iran’s nuclear program.

A Netanyahu spokesman declined to comment on Hanegbi’s comments on Friday. Hanegbi is a senior member of Netanyahu’s Likud party.

Acknowledging that Democrats had been “pained” by the invitation, Hanegbi said Netanyahu and Israeli emissaries were making “a huge effort to make clear to them that this is not a move that flouts the president of the United States.”

Yet Hanegbi said the address to Congress could help pass a bill, opposed by Obama, for new U.S. sanctions on Iran.

“The Republicans know, as the president has already made clear, that he will veto this legislation. So in order to pass legislation that overcomes the veto, two-thirds are required in the Senate. So if the prime minister can persuade another one or two or another three or four, this could have weight,” he said.

Hanegbi said he was not aware of any Israeli polling that showed the speech would help Netanyahu in the March 17 election, where Likud is running neck-and-neck against the center-left.