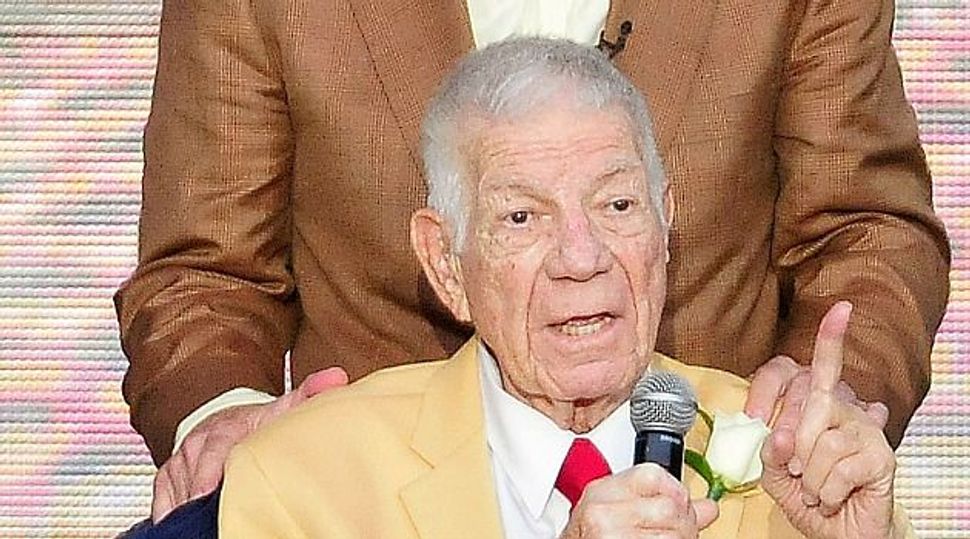 Ed Sabol, founder of NFL Films, died Monday at his home in Arizona. He was 98.

The NFL made the announcement on the league’s website.

Sabol was inducted into the NFL Hall of Fame in 2011 for revolutionizing sports television.

His company is owned by the NFL and produces most of the league’s behind-the-scenes video content. NFL Films also produces HBO’s “Hard Knocks” series.

A World War II veteran, Sabol founded the company as Blair Motion Pictures and bought the rights to the NFL Championship game in 1962 for $5,000. The league’s commissioner was so impressed with the footage that he agreed to buy out Sabol’s company later that year.

His son Steve, who became president of NFL Films, died in 2012.