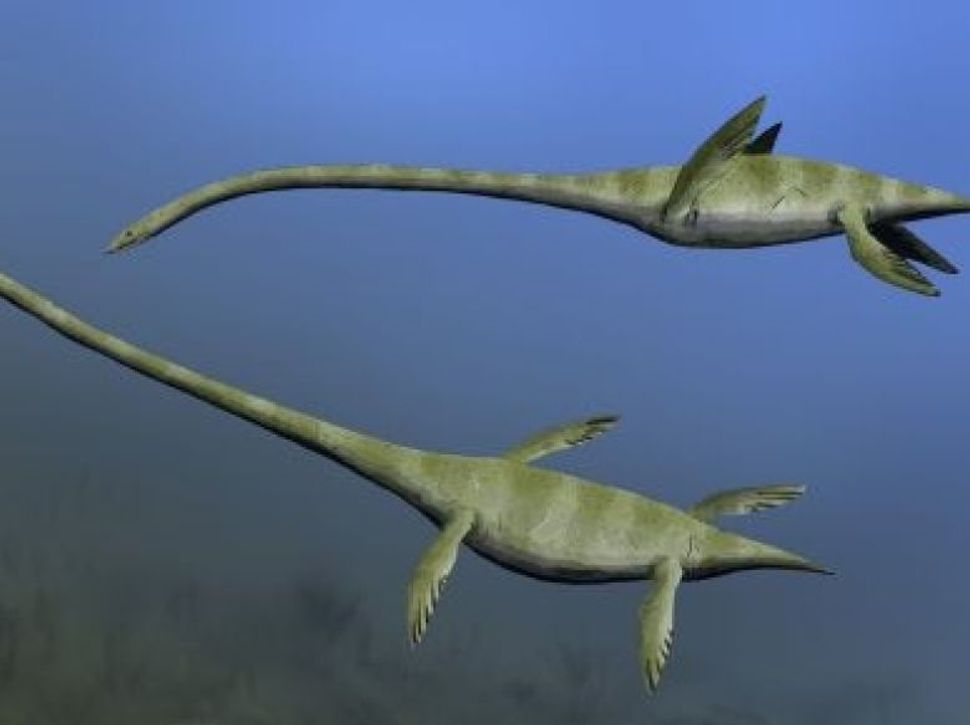 The remains of an 85-million-year-old reptile — the oldest fossils ever found in Israel — were identified in the Arava Desert.

Some 30 fossils belonging to the Elasmosaurus, a large carnivorous reptile, were discovered in the southern Israeli desert. The ancient reptile, a carnivore considered a “cousin” of the dinosaur, was about 8 feet long.

Among the fossilized remains discovered during several digs were tooth and jaw fragments, broken limbs, fins and vertebrae.

The reptile lived under the water, which was where Israel was located until 20 million to 30 million years ago, Sarit Ashckenazi-Polivoda, a geologist who specializes in micropaleontology at the Dead Sea and Arava Sciences Center, told The Jerusalem Post, which first reported the discovery.

The first fossil belonging to the Elasmosaurus was found by an archaeologist and tour guide in 2012, Ashckenazi-Polivoda said.

Fossil remains of the Elasmosaurus also have been found in Iran, Jordan, Syria and Morocco.