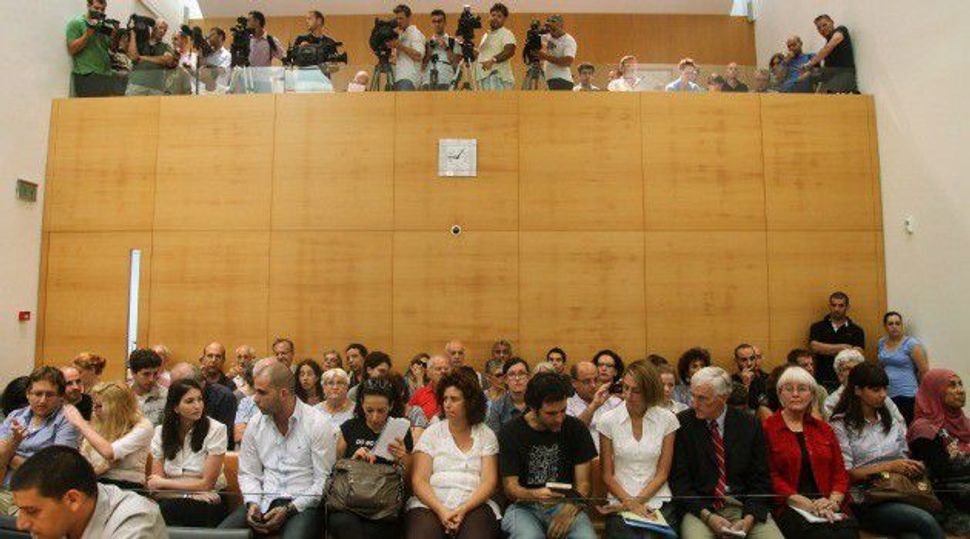 The high court on Thursday upheld a ruling by the Haifa District Court exempting Israel from paying civil damages for wrongful death to Corrie’s family since the incident occurred in a war zone.

Corrie, 23, a pro-Palestinian activist from Olympia, Wash., was wearing an orange vest and attempting to stop a bulldozer from demolishing a Palestinian home in Rafah in the West Bank when she was killed. The army said that the area where the incident occurred was named a closed military zone; the claim has been disputed.

An Israeli army investigation following Corrie’s death found that the driver of the bulldozer could not see Corrie and did not intentionally run over her. The report accused Corrie and the pro-Palestinian International Solidarity Movement of “illegal, irresponsible and dangerous” behavior.

Witnesses say that Corrie was clearly visible and that activists shouted for the bulldozer to stop before it hit the college student.

The Supreme Court on Thursday reversed a separate lower court decision, however, on the possible mishandling of the autopsy on Corrie’s body, which will require further investigation by the court into the autopsy and the possible misplacement of some of Corrie’s remains.

The Corries lost a lawsuit against Caterpillar Inc., the U.S. company that manufactured the bulldozer that killed their daughter.

Meanwhile, The New York Times reported Wednesday that the one-woman play “My Name is Rachel Corrie,” based on the activist’s journal writings, will be staged Off-Broadway in April at the Culture Project’s Lynn Redgrave Theater in the East Village. The play was last performed in New York a decade ago amid great controversy in the theater and Jewish communities.