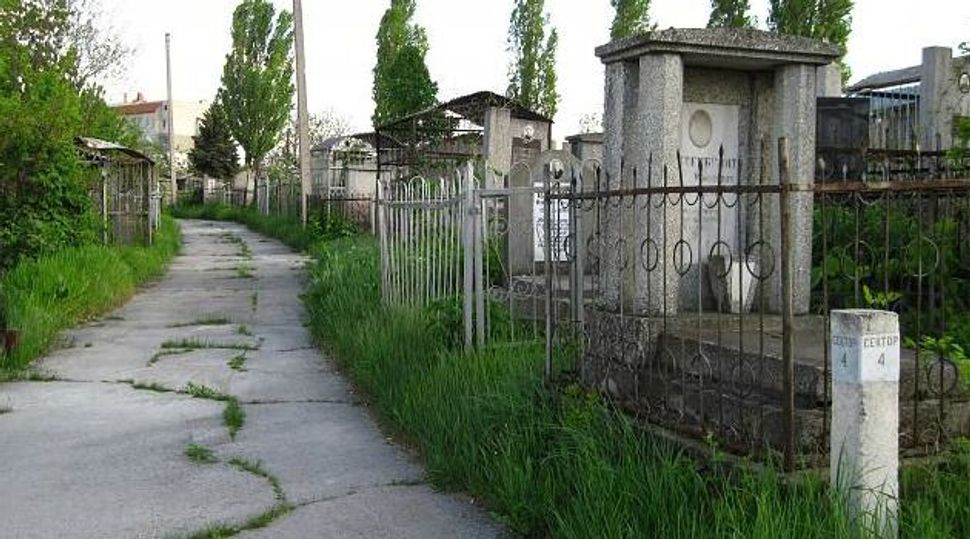 The mayor of Chisinau, Moldova, said he would restore a landmark structure, largely destroyed during the Holocaust, as a monument to local Jews who died in the genocide.

Dorin Chirtoaca on Monday said he would restore the dome-shaped Tahara room located at one of Europe’s largest Jewish cemeteries to commemorate this year’s 70th anniversary of Nazi Germany’s defeat, the news site of the Jurnal broadcaster reported.

“We have examples of how other synagogues and cemeteries were restored and if the Jewish community agrees, it will be gradually rebuilt,” said the mayor of the capital city of the republic, bordered by Romania and Ukraine.

The city is now seeking funds for the restoration, the report said.

The 19th century structure, named for the Hebrew word for purity, was built at the end of the 19th century and was used to prepare bodies for burial at the Sculeni cemetery of Chisinau, also known as Kishinev. There are approximately 25,000 graves at the cemetery.

Before the Holocaust, half of Chisinau’s 125,000 inhabitants were Jews. The community was one of the most vibrant in the region, although it faced periodic, deadly pogroms.

The structure and the cemetery fell into serious disrepair after the Holocaust, when Romanian troops deported 300,000 Jews from the territory that is today Moldova to Nazi death camps.

Currently, some 20,000 Jews live in Moldova, which is the poorest country in the World Health Organization’s Europe zone, with a median monthly salary of $250.