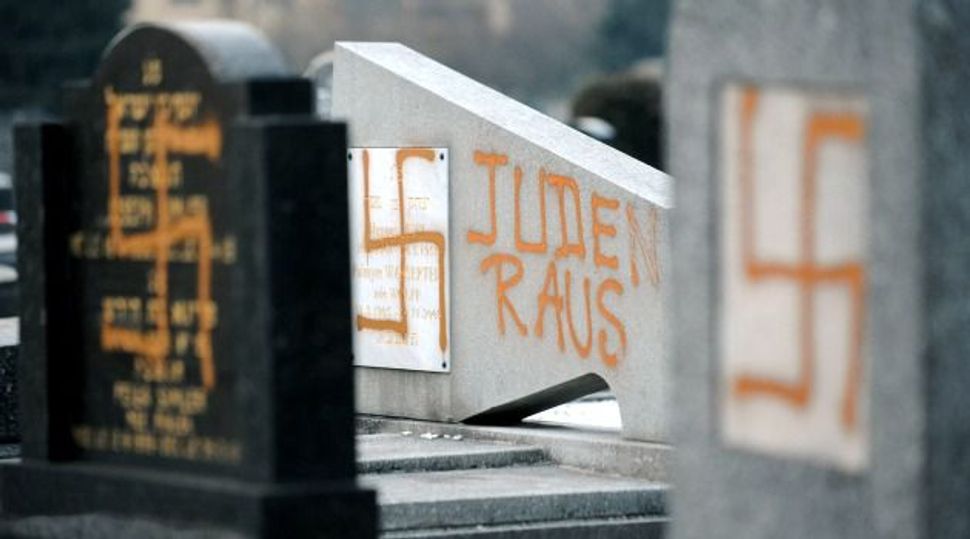 Several hundred Jewish tombs have been damaged in a cemetery near the northeastern French city of Strasbourg, the French interior minister said on Sunday.

Interior Minister Bernard Cazeneuve condemned the incident, which took place at the Jewish cemetery of Sarre-Union near the German border, and said in a statement that police had opened an inquiry.

“Everything will be done to identify, arrest and judge the perpetrator or perpetrators of this ignominious act,” Cazeneuve said.

News of the desecrated graves came a day after a deadly shooting at a Denmark synagogue, which resembled an attack at a Jewish supermarket in Paris during three days of violence in January.

On Sunday, Israeli Prime Minister Benjamin Netanyahu said such attacks would likely continue and Israel would welcome European Jews who chose to move there.