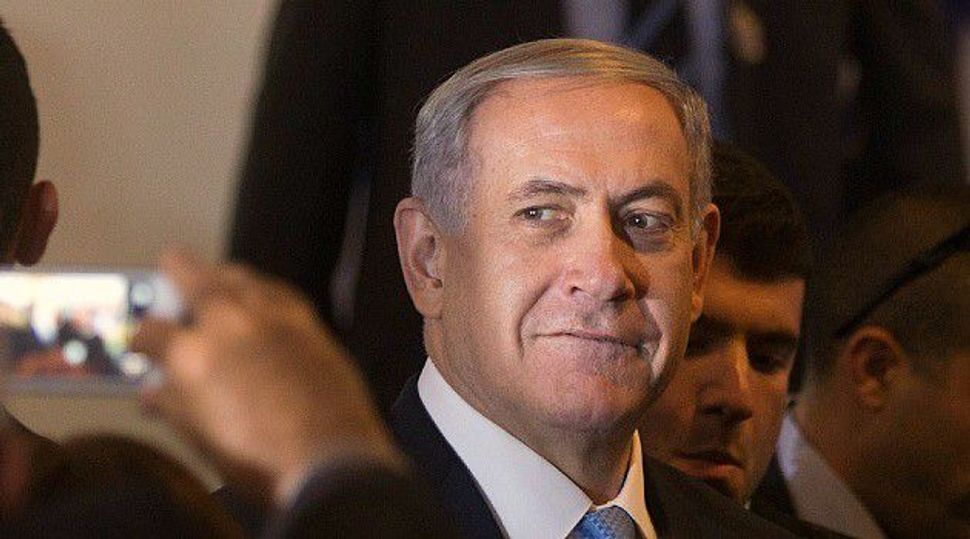 The head of Israel’s election commission acted on Monday to limit any pre-election boost Prime Minister Benjamin Netanyahu may get from a March 3 speech to the U.S. Congress in which he will warn of the threat from Iran’s nuclear program.

The speech has caused controversy in Israel and the United States, where the Democrats and the White House are angry that the Republican speaker, John Boehner, invited Netanyahu to speak at a sensitive time in the nuclear negotiations between Iran and six big powers including Washington, and only two weeks before Israel’s closely fought March 17 election.

“Editors-in-chief of broadcast channels will watch and make sure that nothing the prime minister says can be construed as election campaigning,” Joubran said in a statement. “Any compaigning will be omitted from the broadcast.”

President Barack Obama, at odds with Netanyahu over the Israeli prime minister’s criticism of the nuclear talks, will not meet him during his visit, saying it is a breach of protocol to receive a foreign leader before an election.

In Israel, Netanyahu has been roundly criticized even by some of his right-wing allies, mostly for appearing to put his ties to the Republican Party ahead of the close relationship Israel has always had with the United States.

In an apparent rebuttal of domestic criticism of his intention to address Congress, Netanyahu began a speech in English to American Jewish leaders in Jerusalem on Monday night in which he questioned – in Hebrew – why the details of a possible deal with Iran were being hidden.

“Just as Iran knows what deal it has been offered, naturally, Israel also knows what are the details of the deal that is being formulated… But if somebody thinks that this is a good deal, why is it being hidden?” Netanyahu asked.

After weeks of negative commentary, officials close to the prime minister’s office said last week the format of the speech could be changed, with Netanyahu possibly speaking behind closed doors or in smaller groups of congressmen rather than in a primetime televised address.

But Netanyahu appeared to put paid to any change of plans, saying he was determined to honor the invitation. The Israeli leader has vowed to foil what he says would be a “bad and dangerous agreement” on Iran’s nuclear program.

With a month until the election, some polls suggest voters are unhappy about him going to Washington. A survey by Army Radio showed 47 percent thought Netanyahu should cancel the address, while 34 percent said he should go ahead with it.

Overall, however, Netanyahu’s Likud party remains marginally ahead, with most polls expecting it to win 24 or 25 seats in the 120-seat parliament, just ahead of the center-left opposition.

Even if the center-left wins, most analysts expect Netanyahu will be the only one able to form a workable coalition among right-wing and religious parties, allowing him to return as prime minister for a fourth term.