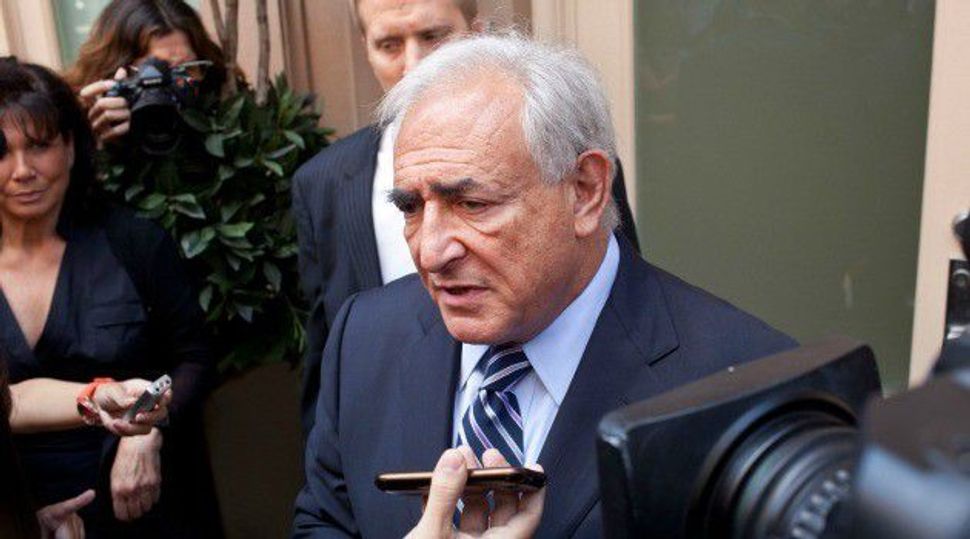 A French prosecutor asked a criminal court on Tuesday to acquit former IMF chief Dominique Strauss-Kahn of a pimping charge for his role in what investigating magistrates argued was an organized sex ring using prostitutes.

Strauss-Kahn was tipped to become French president before being accused of sexual assault by a New York hotel chambermaid in 2011. U.S. criminal charges were subsequently dropped, and the allegations that he participated in a French sex ring centered in the northern French city of Lille emerged later.

The prosecution’s demand highlighted the difficulty of a potential conviction of Strauss-Kahn, 65. The trial is due to finish this week, with closing statements from the defense on Wednesday, but a verdict is not expected immediately.

Investigating magistrates, who originally sent the case against Strauss-Kahn to trial over the objections of the same prosecutor, argued that the prominent Socialist was the instigator of parties involving prostitutes from 2008 to 2011 in Lille, Brussels, Paris and Washington.

Under French law, investigating magistrates have the right to overrule prosecutors’ initial recommendations to drop a case.

The charge of pimping, or “procuring with aggravating circumstances,” was justified, magistrates said, because Strauss-Kahn took a principal role in planning the parties, and knew that the women who attended them were prostitutes.

But during the three-week trial in Lille, characterized by sordid detail about Strauss-Kahn’s sexual behavior from former prostitutes, the star defendant consistently maintained he had no idea the women at the sex parties were prostitutes, and that he had not organized the parties himself.

“Everyone is free to live out their sexuality how they wish,” Fevre said. “Neither the prosecutor nor the judge can set himself up as the guardian of moral order.”

Thirteen other defendants similarly are being judged for their role in the alleged sex ring that Strauss-Kahn says was simply a group of like-minded swingers.

Asking the court to take into account that the defendants had already payed “a heavy price,” Fevre said their actions were those of “a group of friends who were satisfying their egos, ambitions and simply their sexual desires.”

As for Strauss-Kahn, Fevre said he was “troubled by the recurring mention of (his) sexual practices,” which he said was not the case for his co-defendants.

Fevre indirectly criticized the three investigating magistrates for pursuing a case that provoked a media firestorm.

“Without this defendant, this case would have been settled a long time ago,” he told the court.

On Monday, lawyers for the four prostitutes who participated in the parties said they were giving up their claim of damages from Strauss-Kahn, citing insufficient evidence to prove the pimping charge.