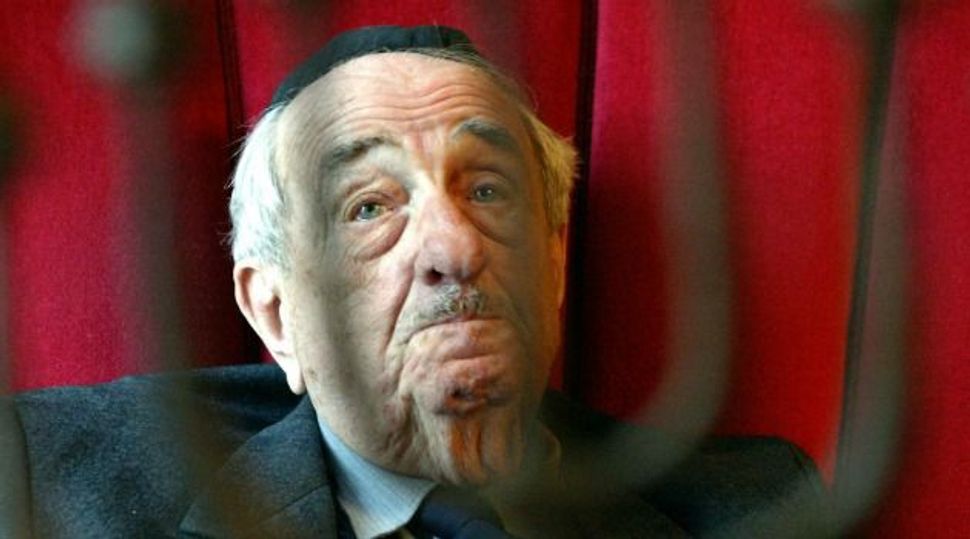 Jewish leaders in Hungary condemned a politician from the far-right Jobbik party who refused to honor the memory of a former chief rabbi.

The Mazsihisz federation of Hungarian Jewish communities issued its condemnation Friday against Laszlo Benke, an alderman of Budapest’s 13th district representing Jobbik — a movement which the European Jewish Congress has called both neo-Nazi and anti-Semitic, though the party rejects this description.

According to Mazsihisz, Benke on Feb. 12 remained seated in his chair despite the request by the district’s mayor, Jozef Toth, that all alderman stand up in memory of former chief rabbi Jozsef Schweitzer, who died on Feb. 5 at the age of 92. He was an honorary resident of the district.

Throughout the minute of silence in Schweitzer’s memory, Benke remained the only person in the room seated, according to Mazsihisz, which also said he later boasted about his action to people who were not present.

“The overtly racist and anti-Semitic incident clearly shows Jobbik’s real face,” the Mazsihisz statement reads. The group called on Jobbik to condemn his actions and on Benke to apologize and resign.

But in a statement also published Friday, Jobbik wrote that the commemoration “was not relevant from the perspective of the country’s progress and the people’s well-being.”

Following last year’s general elections, Jobbik is Hungary’s third largest party with 23 seats out of 199 in the country’s parliament — an increase of seven seats over the result of the previous election.

Even among Europe’s radical nationalist parties, Jobbik stands out because of many anti-Semitic and other racist statements by its top figures.

In 2012, Jobbik lawmaker Marton Gyongyosi generated a wave of condemnations when he said in parliament that Jews should be registered because they pose a security threat.

He later explained that he meant to say Israelis but said Jews instead.