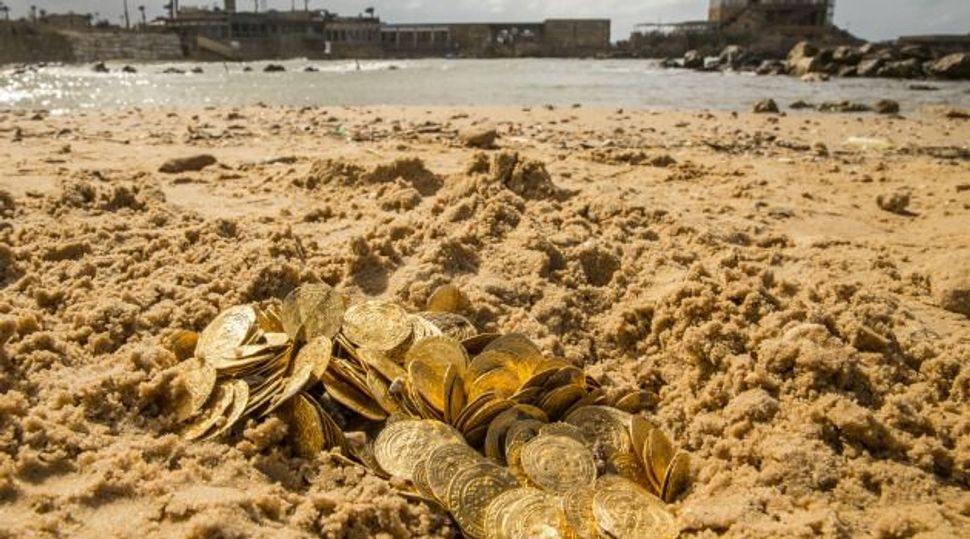 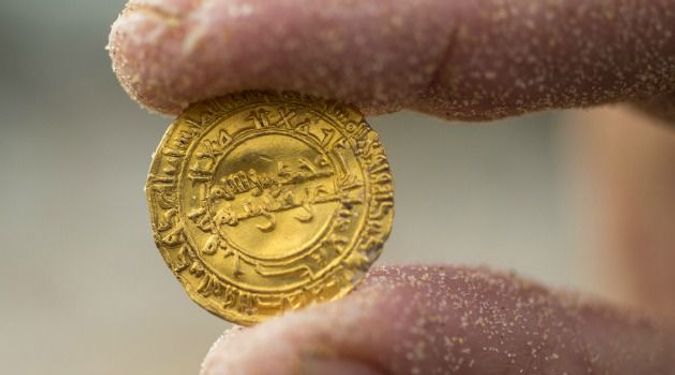 ‘Gleaming’ Find: Archeologist shows off gold coin recovered from a shipwreck off the Israeli coast. Image by getty images

(Reuters) — Scuba divers have discovered a rare haul of gleaming 1,000-year-old gold coins inscribed in Arabic on the sea bed off Israel, a find archaeologists say may shed light on Muslim rule in that age.

Some 2,000 coins dated to the 11th century, a period when the Fatimid Islamic dynasty dominated the Middle East, have so far been raised from the depths.

The treasure, which was probably exposed during recent winter storms, is thought to have sunk in a shipwreck near the ancient Roman port of Caesarea in the eastern Mediterranean.

“(This is) a great treasure from a (vessel) that was probably taking the hoard, possibly tax revenue, to Cairo but sank in Caesarea harbor,” Jacob Sharvit of the Israel Antiquities Authority told Reuters during a visit to the site.

Sharvit said amateur divers chanced two weeks ago upon a number of coins. At first they thought they were a children’s toy, but a subsequent underwater search by experts netted about 1,000 coins, he said.

A second dive on Tuesday in the same spot yielded another, similar amount of coins and the total find weighed in at between five and a half to six kilograms (12-13 lbs) of gold. The bullion value in current terms is around $240,000.

Such coins have been found before in the region, but this batch was the largest hoard ever found in Israel, Sharvit said.

He said the coins showed Caesarea was a wealthy area at the time and may give insight into the Fatimid trading practices.

“The Fatimids were the first Muslims to have had a navy and they traded with all the Mediterranean cities, also with the Byzantines and the Christians, even though they were at war with them,” Sharvit said.

Three denominations were found: one dinar weighing some four grams, half a dinar and a quarter dinar, respectively weighing around two grams and one gram.

The wealth of the Fatimid kingdom, which originated in North Africa, was legendary, according to the Israel Antiquities Authority. It had reserves of 12 million gold dinars in the capital’s coffers in Cairo. 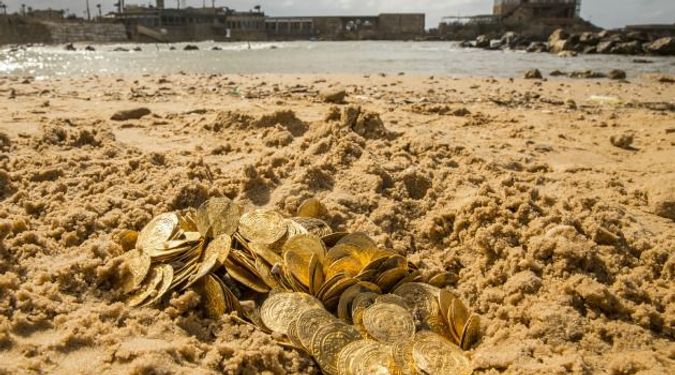