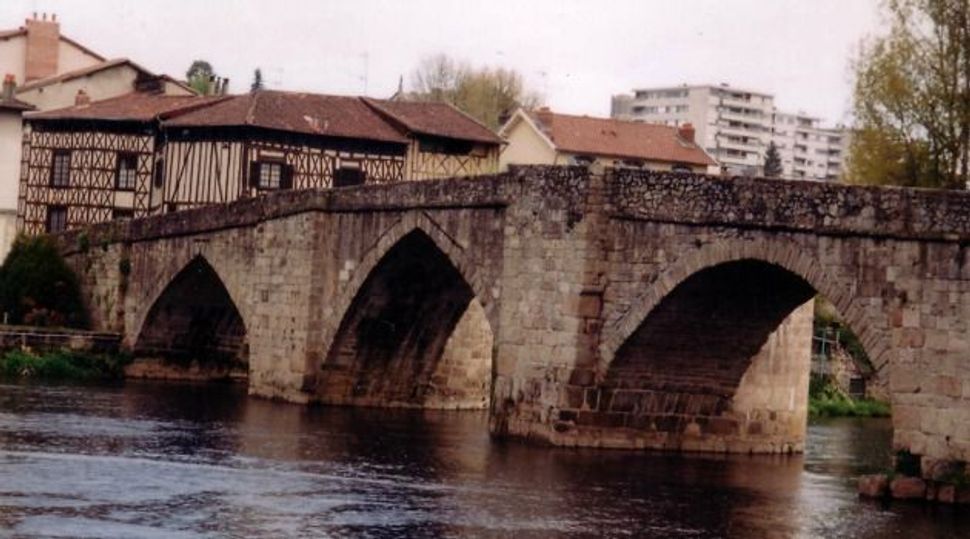 The leader of a small Jewish community in central France is advertising his city as an alternative for Parisian coreligionists contemplating emigrating to Israel due to anti-Semitism.

Charley Daian, the president of the Consistoire of the Jewish community of Limoges, which has only 80 Jewish families, made the plea earlier this week in an ad and in an interview with the news site Lepopulaire.fr.

“We’re not Zionists; we are French,” said Daian, who heads the local branch of the organization responsible for providing religious services to French Jewish communities and individuals. “One should not join Israel because of fear but out as a calling.”

In the ad, Daian showcases his city as an alternative to life in and around Paris, where anti-Semitic attacks doubled in 2014 compared to the previous year.

“A small, warm and very lovely community would be happy to welcome in its large and beautiful synagogue Jewish families wishing to flee the Paris region and its suburbs with their rampant anti-Semitic violence,” the ad reads. The Jewish community of Limoges is “by contrast calm, of pleasant population in the center of France, only three hours from Paris.”

The ad tells prospective arrivals that the Consistoire “will work to facilitate your installation and integration.”

Last year, France became Israel’s largest source of newcomers for the first time, as 7,000 French immigrants made aliyah. That was a threefold increase over 2011. The Jewish Agency is anticipating the arrival this year of 10,000 to 15,000 newcomers.