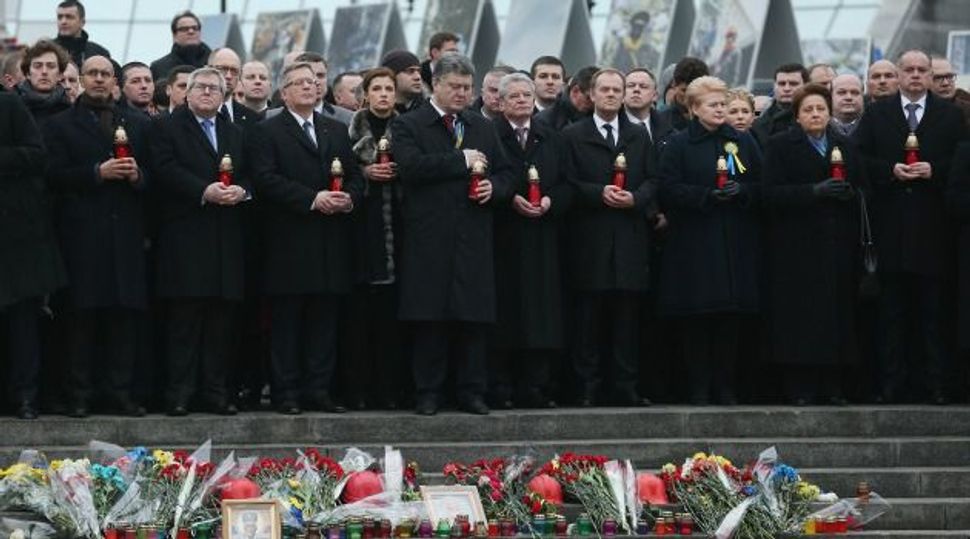 A Ukrainian Jewish soldier who died last month amid Russian-backed separatist fighting was buried in Kiev.

Yevgeni Yatsina, who was almost 26, was brought to burial in the capital on Friday following the discovery of his body, which was covered by debris since he died in an explosion last month in the country’s east, the news website newsru.co.il reported.

Yatsina was Jewish according to religious Jewish law, the Jewish Community of Dnepropetrovsk wrote Friday in a eulogy which it posted on its website, which refers to Yatsina as a hero.

He died at Donetsk’s airport on Jan. 19, the report said.

Ukrainian troops have been fighting since March with separatists in and around Donetsk, Lugansk and a number of other cities, where their fight is supported by Russia. Thousands of soldiers and civilians have died in the fighting, which diminished earlier this month following the signing of a ceasefire agreement in Minsk, Belarus.

While many Ukrainian Jews support the government’s fight, many others – especially in the areas directly affected by the fighting – oppose it and support the secessionists.

His body was buried at Kiev’s Berkovetskaya Cemetery following a ceremony held at one of the capital’s synagogues.