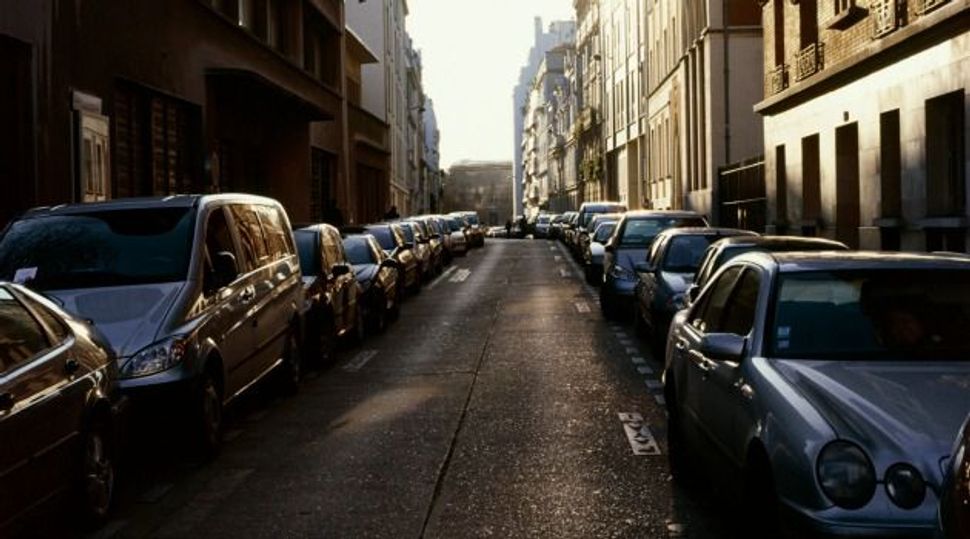 With the parking industry worth $25 billion a year in the United States and more than twice that in western Europe, it’s no surprise that high-tech firms are scrambling to come up with clever ways to make the process quicker and easier.

In the United States, SpotHero and ParkWhiz allow users to find paid parking areas or book places in advance. German carmaker BMW has been trialing a similar service called ParkNow.

But Israeli companies are taking a different approach to the problem: predicting where parking spaces can be found based on mobile data analytics.

Anagog, a Tel Aviv-based firm, has developed an app that can guide drivers to empty on-street parking using real-time, crowd-sourced data from mobile phones, similar to what another Israeli app, Waze, has successfully done with navigation. Waze was bought by Google in 2013 for $1 billion.

Anagog’s software learns personal behavior and knows whether a user is getting into a car or starting to drive away, freeing up a place.

“We can direct people to spots that are about to open,” said chief marketing officer Jake Levant. The company said it has built up a network of tens of millions of drivers who contribute millions of “parking events” daily.

The technology is already attracting attention from the industry, including ParkNow, which recognizes that its parking solutions are based on advanced planning rather than predicting or knowing when a space will open up.

Joachim Hauser, the director of mobility services at BMW, which has also backed JustPark, said mobile intelligence had implications for the auto industry and mobile service providers beyond finding a parking space, making it particularly attractive.

“We will be looking at companies like Anagog to fill the ParkNow brand,” he said, without giving details of how that could work.

Another Israeli company, ParkLife, takes a similar approach to Anagog but uses a statistical model and mapping data to direct drivers to the best area to find on-street parking.

Since it does not need heaps of historical data, it can quickly be adapted to cities around the world. If there’s no on-street parking available, it will direct users to a parking lot and provide walking directions to the final destination.

“This is a Google economy – it’s all about free, about sharing,” said Roger Lanctot, an automotive analyst at Strategy Analytics, who believes predictive technology focused on on-street parking is where the market is headed.

While most consumers will opt for free parking if they can find it rather than paying for a car park or a pre-booked parking space, the key to the burgeoning industry would appear to be providing users with as many options as possible.

Pango Mobile Parking, another Israeli company, started with an app that makes it quicker and easier to pay for parking via mobile phone. It now has agreements with 14 U.S. cities and operations in Brazil and Poland. But it’s also providing parking location and valet parking services.

“Parking is a big business,” said chief executive Zion Harel, pointing out that mobile payments account for only 7 percent of the U.S. market, whereas in Israel they are already more than 50 percent. “A lot of corporations are looking to see where this is going,” he said.