Benjamin Netanyahu Says No to Meeting With Democratic Senators 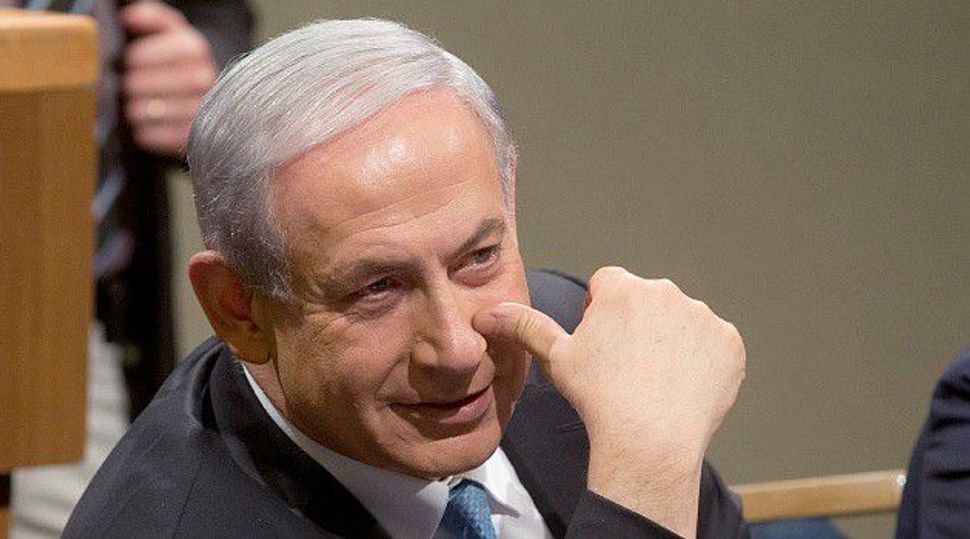 (Reuters) — Israeli Prime Minister Benjamin Netanyahu declined on Tuesday an invitation to meet with U.S. Senate Democrats during his trip to Washington next week.

“Though I greatly appreciate your kind invitation to meet with Democratic Senators, I believe that doing so at this time could compound the misperception of partisanship regarding my upcoming visit,” Netanyahu wrote in a letter to Senators Richard Durbin and Dianne Feinstein obtained by Reuters.

Durbin and Feinstein, two senior Senate Democrats, invited Netanyahu to a closed-door meeting with Democratic senators in a letter on Monday, warning that making U.S.-Israeli relations a partisan political issue could have “lasting repercussions.”

Republican congressional leaders broke diplomatic protocol by consulting neither the White House nor Democrats in Congress before inviting Netanyahu to address a joint meeting of the House of Representatives and Senate.

Netanyahu has faced criticism at home and abroad for his decision to address the U.S. Congress two weeks before Israeli elections and at a sensitive point in international negotiations on Iran’s nuclear program.

In his letter, Netanyahu said he agreed “wholeheartedly” that strong ties between the United States and Israel have been built on bipartisan support. “I also fully understand the importance of bipartisan support for ensuring that our alliance remains strong in the future,” he wrote.

He expressed appreciation for the opportunity to address lawmakers from both parties on Tuesday and said he regretted that the invitation has been perceived by some as partisan.

“I can assure you my sole intention in accepting it was to voice Israel’s grave concerns about a potential nuclear agreement with Iran that could threaten the survival of my country,” Netanyahu wrote.

He said he would be glad to address a bipartisan meeting of senators during a future visit to Washington.

Spokesmen for Durbin and Feinstein could not immediately be reached for comment.

Benjamin Netanyahu Says No to Meeting With Democratic Senators