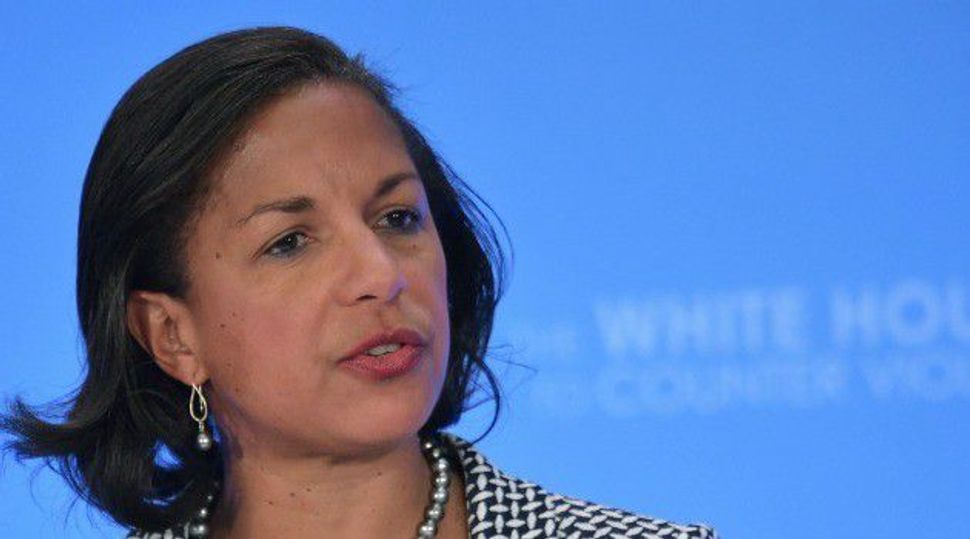 National Security Adviser Susan Rice and U.N. Ambassador Samantha Power will attend a meeting of the powerful pro-Israel lobby group AIPAC next week amid a time of strain between the United States and Israel.

Rice said in a television interview this week that Israeli Prime Minister Benjamin Netanyahu’s plans to address Congress next week about a potential nuclear deal with Iran that he opposes was destructive to the fabric of the U.S.-Israeli relationship.

Meanwhile, House of Representatives Speaker John Boehner on Thursday challenged an assertion by the Obama administration that Israeli Prime Minister Benjamin Netanyahu’s upcoming speech to Congress about nuclear negotiations with Iran would be destructive to U.S.-Israeli relations.

“The American people and both parties in Congress have always stood with Israel and nothing, and no one, could get in the way,” the Republican leader said.

Boehner broke precedent by inviting the Israeli leader to address Congress without consulting the White House or Democratic lawmakers. President Barack Obama and other Democrats have accused Netanyahu and Republicans of injecting partisan politics into the U.S.-Israel relationship.

Tuesday’s speech will be the third by Netanyahu to a joint meeting of the Senate and U.S. House of Representatives. Britain’s World War Two prime minister Winston Churchill is the only other international leader to have done so three times.

Several Democrats have said they will skip the speech. Some said, like Obama, that it is inappropriate for Netanyahu to address the U.S. Congress just two weeks before Israeli elections. Others said they do not want a foreign leader weighing in on U.S. foreign affairs.

U.S. lawmakers could have an impact on the course of the nuclear talks. The Senate is due to vote within weeks on whether to impose extra sanctions on Iran. The White House has said this could harm the talks.

Susan Rice, Obama’s national security adviser, said this week that it would be destructive to the U.S.-Israeli relationship to allow it to be reduced to a partisan political issue.

The White House said on Thursday that both Rice and Obama’s U.N. ambassador, Samantha Power, would address the annual convention next week of the powerful pro-Israel lobby group AIPAC, where Netanyahu is also speaking.

Boehner expressed doubts about the ongoing nuclear talks between Iran and world powers as he defended the invitation to Netanyahu. “What is destructive in my view is making a bad deal that paves the way for a nuclear Iran. That’s destructive,” he said.

Boehner said it was important for the U.S. public to hear what Netanyahu has to say about the “grave threats” Israel faces. “I’m glad that most of my colleagues, Democrats and Republicans, will be there,” he said.