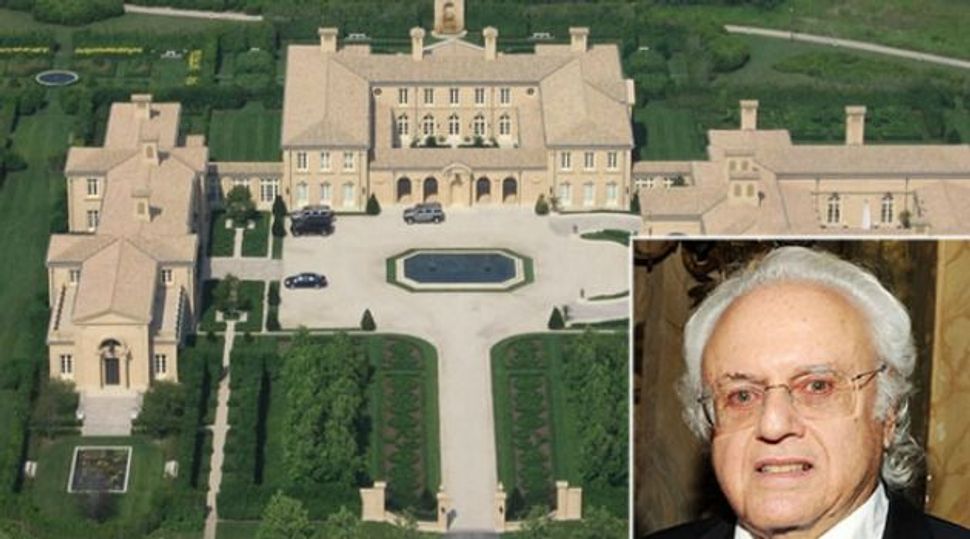 Billionaire Ira Rennert and his investment firm were ordered on Friday to pay more than $118 million after being found liable for looting a magnesium company to build one of the most expensive mansions in America.

A Manhattan federal jury found Rennert and his Renco Group Inc liable for breach of fiduciary duty and other claims following a three-week trial over a lawsuit brought by the trustee for the estate of Magnesium Corp of America, a company the billionaire controlled until its 2001 bankruptcy.

The jury found Rennert liable for $16.222 million and Renco liable for $102 million, including $1 million in punitive damages.

Lawyers for Lee Buchwald, MagCorp’s trustee, are seeking interest that could increase the award to nearly $700 million for MagCorp creditors, though Rennert’s lawyers contest that figure.

Rennert, 80, has a net worth of $6.1 billion, according to Forbes. His lawyers did not immediately comment to reporters but told U.S. District Judge Alison Nathan they plan to ask her to set aside the verdict.

Renco bought Utah-based MagCorp, one of the world’s largest magnesium producers, in 1989 for $44 million.

MagCorp was coming off years of financial struggles and environmental violations, yet Renco did nothing to fix those problems, Buchwald’s lawyers contended.

In the mid-1990s, magnesium prices reached record highs, allowing Renco to double MagCorp’s long-term debt to $150 million and use the proceeds to pay $118 million to Renco and its directors in 1996.

Buchwald’s lawyers said the money was improperly taken from MagCorp to finance the construction of an oceanfront, 43,000-square-foot mansion with 21 bedrooms and 18 bathrooms in Sagaponack, New York, among other expenses.

As of 2013, the property was valued at $248 million, according to the real estate website Zillow.com. Crain’s New York said it could be worth $500 million today.

In court papers, Rennert’s lawyers described the case as an attempt to twist the story of a successful entrepreneur into “a picture of avarice.”

Buchwald argued that at the time of the debt offering, MagCorp was insolvent because of its environmental liabilities.

It filed for bankruptcy in 2001 after the U.S. government sought $900 million in civil penalties.

Rennert’s lawyers argued that the environmental liabilities were contingent and unknowable at the time the debt was issued.

“At the end of the day, they understood the evidence and returned a just verdict,” Scot Stirling, a lawyer for the trustee, said of the jurors.