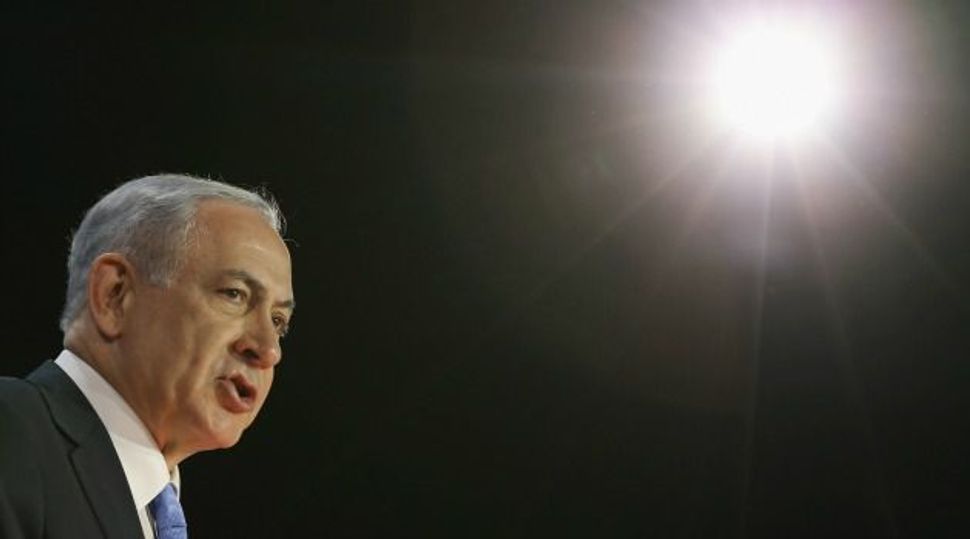 Despite controversy over Israeli Prime Minister Benjamin Netanyahu’s speech before Congress, more Americans view him favorably than unfavorably, according to two separate polls.

Nearly twice as many Americans viewed Netanyahu favorably, 45 percent, as unfavorably, 24 percent, according to a Gallup poll taken Feb. 8-11 — after Netanyahu had accepted the invitation from House Speaker John Boehner (R-Ohio) to speak and angered the Obama administration.

Gallup noted that Netanyahu’s favorability rating among Americans was up from 35 percent in 2012 and “ties his highest rating among the six times Gallup has measured it, spanning his three tenures as prime minister.”

The Pew poll found 53 percent of Republicans viewing Netanyahu favorably and 21 percent viewing him unfavorably, compared to 28 percent of Democrats with favorable and 35 percent with unfavorable views.

Netanyahu will speak before the Congress on Tuesday.

Neither study found changes in American support for Israel, however.

Gallup noted that attitudes about Israel and the Palestinians “are unchanged from a year ago, suggesting that neither the evident friction between President Barack Obama and Israeli Prime Minister Benjamin Netanyahu, nor the 50-day conflict between the Israelis and Palestinians in the Hamas-controlled Gaza Strip last year, greatly affected how each is perceived in the U.S.”