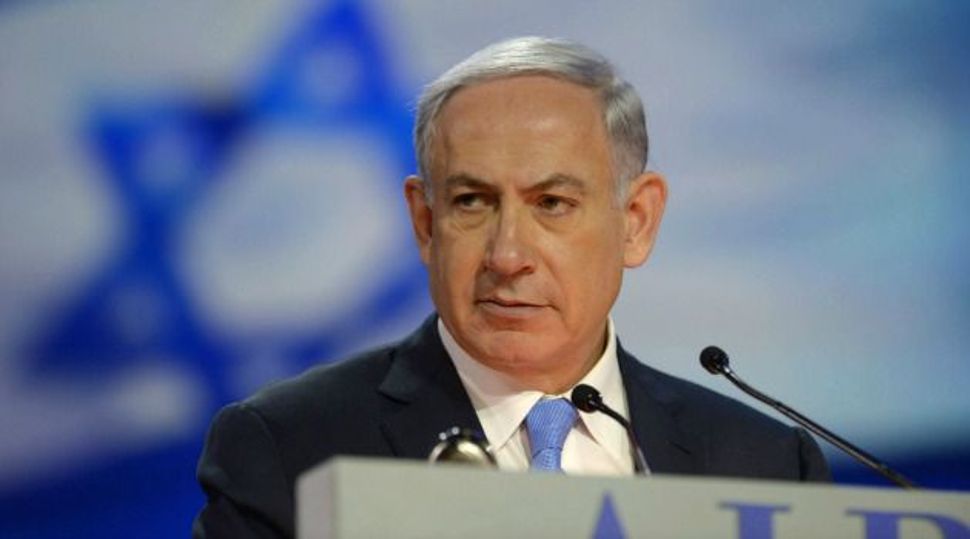 Almost a quarter of Democratic U.S. lawmakers are expected to boycott Israeli Prime Minister Benjamin Netanyahu on Tuesday as he escalates his campaign against President Barack Obama’s Iran diplomacy in a speech to Congress that has put unprecedented stress on the two leaders’ already strained ties.

Although given the cold shoulder by the U.S. administration, Netanyahu on Monday offered an olive branch, saying he meant no disrespect to Obama by accepting an invitation to speak to U.S. lawmakers that was orchestrated by the president’s rival Republicans.

By early Tuesday, as many as 60 of the 232 congressional Democrats had indicated that they planned to sit out the speech to protest what they see as a politicization of Israeli security, an issue on which Congress is usually united.

The absence of so many lawmakers could be politically embarrassing for Netanyahu at home two weeks before an Israeli general election. Many Israelis are wary of estrangement from a U.S. ally that provides their country with wide-ranging military and diplomatic support.

A House aide said congressional staffers would be allowed to take any unfilled seats, which would prevent television cameras from dwelling on empty spots in the legislative chamber.

House of Representatives Speaker John Boehner, the Republican whose unilateral invitation to Netanyahu triggered the diplomatic storm, said on Tuesday he expected a capacity crowd to hear the speech and played down any divisions.

“America’s bond with Israel is stronger than the politics of the moment,” he said in a video message.

White House senior adviser Valerie Jarrett suggested Obama would not watch the speech, telling MSNBC “he’s got a full day today.” Obama is scheduled to take part in a video conference with European leaders on the Ukraine crisis at 11:30 a.m. EST (1630 GMT), half an hour after the Israeli leader is due to start speaking.

The White House is wary of Netanyahu using the forum to lay bare the closed-door negotiations designed to curb Iran’s nuclear drive.

But Israeli Defense Minister Moshe Yaalon pushed back against the notion that Netanyahu might divulge sensitive material, telling Israel’s Army Radio: “The prime minister will not expose new information from the contacts between the world powers and Iran.”

On Monday Obama appeared to wave off any prospect that the bedrock U.S. alliance with Israel might be ruined by the rancor.

“I don’t think it’s permanently destructive,” Obama told Reuters in an interview. “I think that it is a distraction from what should be our focus. And our focus should be, ‘How do we stop Iran from getting a nuclear weapon?’”

On Tuesday, about two dozen anti-Netanyahu protesters walked along the perimeter of the Capitol grounds, shouting on a bullhorn, “Netanyahu go home!” and “No war against Iran!”

Netanyahu, a right-wing politician who has played up his security credentials ahead of a closely contested March 17 election in Israel, has denied his speech would have any design other than national survival.

“I plan to speak about an Iranian regime that is threatening to destroy Israel,” he told the pro-Israel U.S. lobby AIPAC on Monday. “The last thing that I would want is for Israel to become a partisan issue, and I regret that some people have misperceived my visit here this week as doing that.”

One aide said on Sunday that Netanyahu would inform U.S. lawmakers of “details” of his objections to the talks in hope that they would question the administration and thus defer a March-end target date for a framework deal with Iran.

U.S. officials last month accused Israel of leaking information to Israeli media and limited what was being shared, an unusual step toward such a close ally.

Netanyahu wants the Iranians stripped of nuclear projects that might be used to get a bomb – something Tehran insists it does not want. Washington deems the Israeli demand unrealistic.

Under a 2013 interim deal, the United States and five other powers agreed in principle to let Iran maintain limited uranium enrichment technologies. U.S. National Security Adviser Susan Rice argued on Monday that this commitment could not be undone.

A deal with Iran is far from guaranteed, given U.S. assessments that more than a decade of carrot-and-stick diplomacy with Iran might again fail to clinch a final accord.

“I would say that it’s probably still more likely than not that Iran doesn’t get to yes,” Obama told Reuters. “It is more likely that we could get a deal now than perhaps three or five months ago. But there are still some big gaps that have to be filled.”

Those gaps emerged on Tuesday in Geneva, where Iran rejected as “unacceptable” Obama’s demand that it freeze sensitive nuclear activities for at least 10 years, but said it would continue talks there aimed at securing a deal.