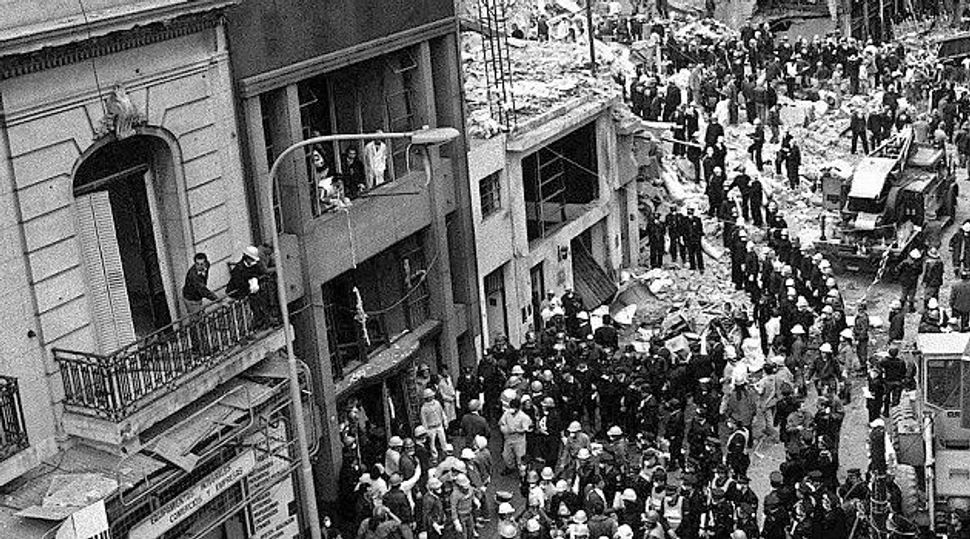 Israel told Argentina’s president that her country is responsible for investigating a 1992 attack on its embassy in Buenos Aires.

The statement from Israel’s embassy in the Argentine capital came in response to an accusation made earlier in the week by Argentina’s President Christina Fernandez de Kirchner, who rebuked Israel for not working to bring the perpetrators of the 1992 bombing of its embassy in Buenos Aires to justice.

“Why is Israel not an appellant in the case of the Israeli Embassy bombing attack?” the president asked during a televised address to the nation.

The Israeli embassy in Buenos Aires said in a statement emailed to reporters on Tuesday that “as international treaties state, the safety of all diplomatic delegations is the responsibility of the recipient country. It is Argentina’s responsibility to investigate the attack perpetrated against the Israeli embassy in Buenos Aires. During the last 23 years, Israel has supported the continuity of actions aimed at taking the responsible to trial.”

“That goal undoubtedly expresses the will of both nations,” said the statement.

The statement also expresses concern about the Jewish community and the Israeli interest in the 1994 AMIA Jewish center bombing case.

“Finally, the State of Israel again states its concern for the welfare of Jewish communities, especially in the wake of countless anti-Semitic manifestations that happen in the world. Therefore, Israel will continue to express the importance of continuing research on the attack that occurred against the AMIA,” the statement said.

Also on Tuesday, Prime Minister Benjamin Netanyahu mentioned the two bombings in Buenos Aires during his address to a joint meeting of the U.S. Congress, when he said that Iran “blew up the Jewish community center and the Israeli embassy in Buenos Aires.”

On Sunday, in a nearly four-hour televised address, Argentina’s president sent a message to the “internal and external actors that used the AMIA case for their own interests,” demanding that they not use Argentina as a “chess theater of geopolitical situations not related to us.”