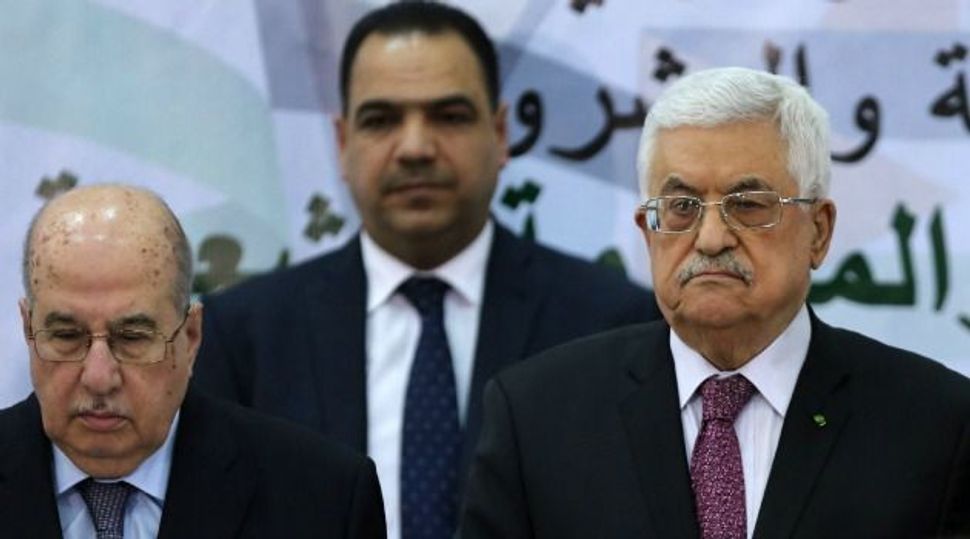 Palestinian leaders in the West Bank said on Thursday they would halt the security coordination with Israel which is widely credited with keeping order in the territory and preventing attacks in Israel.

The Palestinian Central Council, whose votes are usually binding on the Western-backed Palestinian Authority, said it made the decision because Israel had breached bilateral agreements, including by withholding tax revenues it collects on behalf of the Palestinians.

A spokesman for President Mahmoud Abbas, who must make the official decision to sever security ties with Israel, was not available and it was unclear whether the PCC decision would go immediately into effect.

Haaretz reported that Abbas, as head of the PLO’s Executive Committee, is not expected to implement this decision anytime soon.

An Israeli security official, asked about the decision, told Reuters there had been no changes in security cooperation.

Israel said in January it was freezing $127 million of monthly Palestinian tax revenue in protest against Abbas’ decision to apply for membership of the International Criminal Court and pursue war crime charges against Israel.

The tax money covers around two-thirds of the Palestinian budget and is used to pay tens of thousands of public sector employees.

A statement issued by the 110-member PCC read: “Security coordination in all its forms with the authority of the Israeli occupation will be stopped in the light of its (Israel’s) non-compliance with the agreements signed between the two sides.”

It said Israel “should shoulder all its responsibilities toward the Palestinian people in the occupied state of Palestine as an occupation authority according to international law.”

An end to agreement on security coordination, which dates from the Oslo peace accords of the mid-1990s, could have an immediate impact on stability in West Bank cities such as Hebron, Nablus and Jenin, where anti-Israel unrest is common.

Palestinian security forces also require Israeli permission to send patrols into some areas of the West Bank to preserve law and order.

Bassm Al-Salhe, a PCC member, told Reuters the council’s decision would be put into effect.

“This is a decision that was taken and the PLO executive committee will follow up on the implementation,” he said.