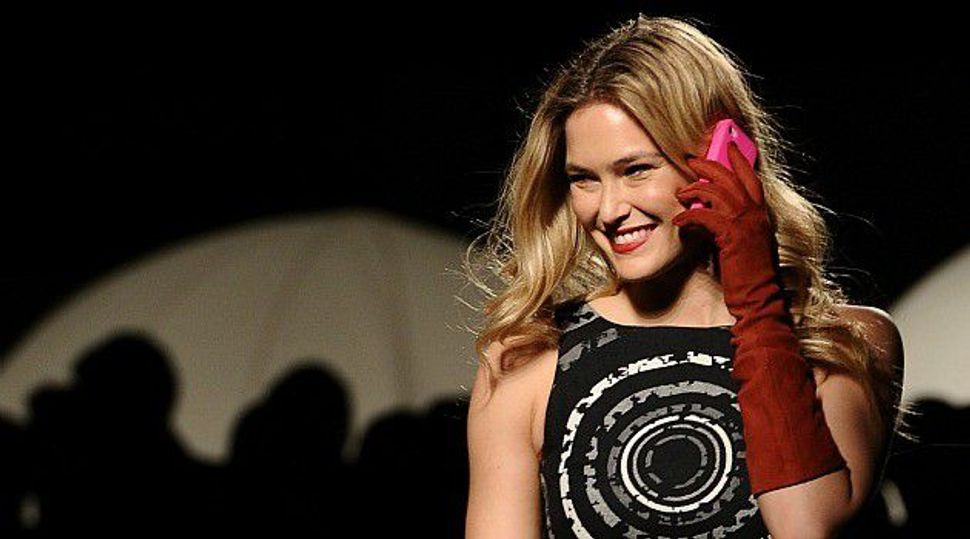 Israeli supermodel Bar Refaeli reportedly is engaged to her boyfriend of one year, businessman Adi Ezra.

Ezra, chairman of the food importing company Neto ME Holdings Ltd., based in the southern Israeli city Kiryat Malachi, proposed — and Refaeli said yes — while the couple was vacationing in the Caribbean, according to Ynet.

The couple reportedly had separated for a time in 2014 after Ezra was said to have become miffed at Refaeli for getting close to Mick Jagger during an after-party following the Rolling Stones’ performance in Israel.

Refaeli dated the American actor Leonardo DiCaprio from 2005 until 2011.

She married an older family friend in 2007, reportedly to avoid being drafted into mandatory service in Israel’s military.