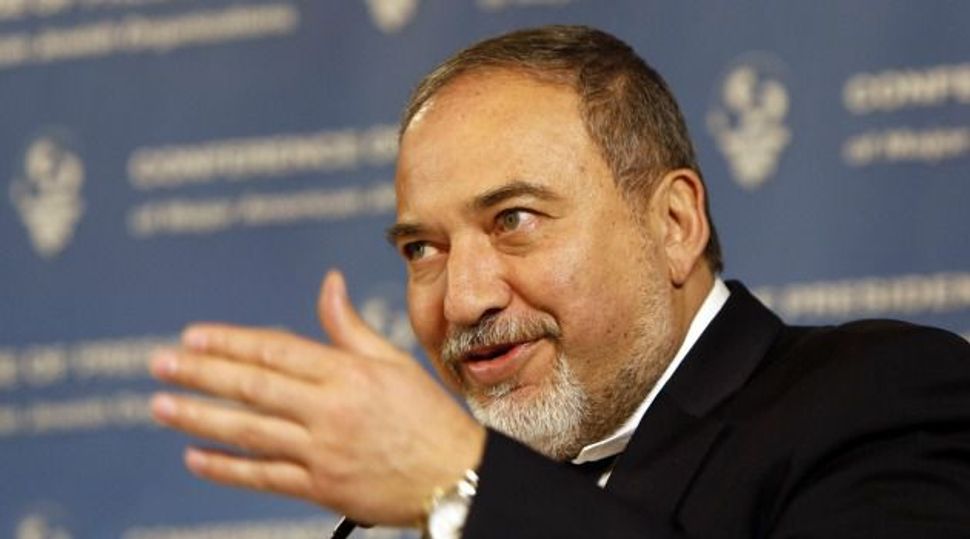 Ahmed Tibi, the head of the Arab Movement for Change (Ta’al) party, on Monday responded to remarks made the previous day by Liberman in Herzliya, The Jerusalem Post reported. Tibi has served in the Knesset since 1999.

Liberman, who chairs the Yisrael Beiteinu party, said in his speech, “Whoever is with us should get everything. Whoever is against us, there’s nothing else to do. We have to lift up an axe and remove his head, otherwise we won’t survive here.”

The foreign minister also said that Umm al-Fahm, a large Arab town in the Galilee, should be part of a future Palestinian state and not Israel.

“Israeli citizens who wave a black flag on Nakba Day can leave, and I am willing to donate them to [Palestinian Authority President Mahmoud Abbas] very happily,” he added, referring to the day, also known as “the catastrophe,” in which Palestinians lament the displacement of their people following Israeli independence in 1948.

“Israel’s No. 1 diplomat is waving an axe over the heads of citizens of the country that he represents, and in the same breath he preaches to the whole world about fighting anti-Semitism,” the diplomats said, according to the Post.