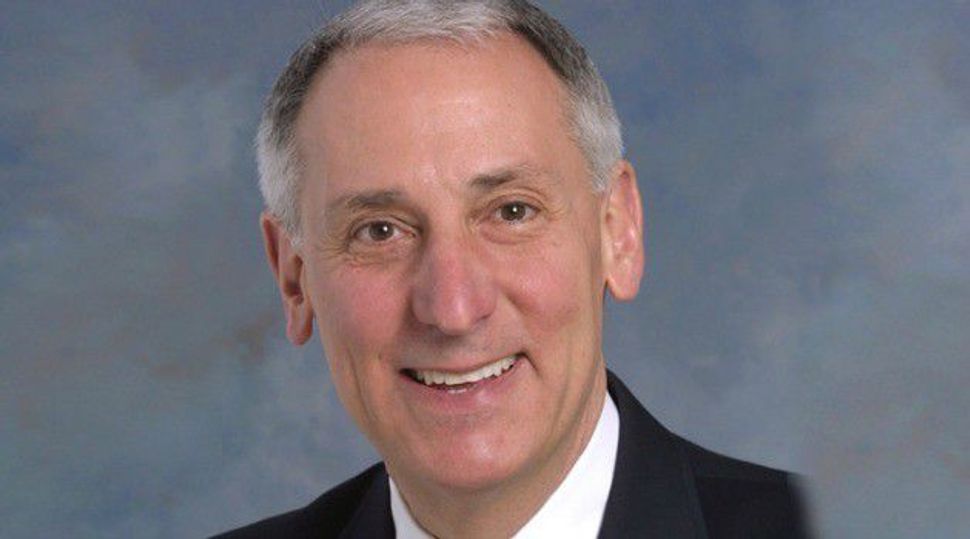 “My desire to attend the conference was based on my wish to speak at a student-only session directly with the students who will be in attendance, to thank those who have joined in the fight against BDS and anti-Semitism on college campuses, and to urge everyone to take up this crucial cause,” Fingerhut said in a statement. BDS refers to the boycott, divest and sanction Israel movement.

J Street U, the group’s campus affiliate, has been active in opposing BDS, and the national group has a policy of opposing the practice.

“However, after reviewing the full list of speakers, I now realize that any benefit that might come from this opportunity would be overshadowed by concerns regarding my participation amongst other speakers who have made highly inflammatory statements against the Jewish state,” he said.

Asked by JTA what speaker at the March 21-24 conference triggered the pullout, Hillel’s chief administrative officer, David Eden, named Erekat, noting that he has made inflammatory statements in the past; in recent months he has compared Israel to the Islamic State in Iraq and Syria, the terrorist group battling a U.S.-led alliance. Eden also noted that the State Department has condemned such statements.

While the State Department has rebuked Erekat for some of his statements, it still deals with him as the chief Palestinian negotiator, and Israeli negotiators have for years accepted him as an interlocutor, even while complaining that he periodically makes outlandish claims about Israeli actions.

“Eric is the head of Hillel International,” he said. “We hold our organization to a rigorous standard for the types of events he will participate in. That’s something the entire Hillel community expects, not just our students, but our board.”

J Street anticipates 3,000 activists to attend its conference, among them 1,000 students. The official otherwise did not have comment on Fingerhut’s withdrawal.