Hasidim in Bloomingburg, New York Sue for Right to Vote 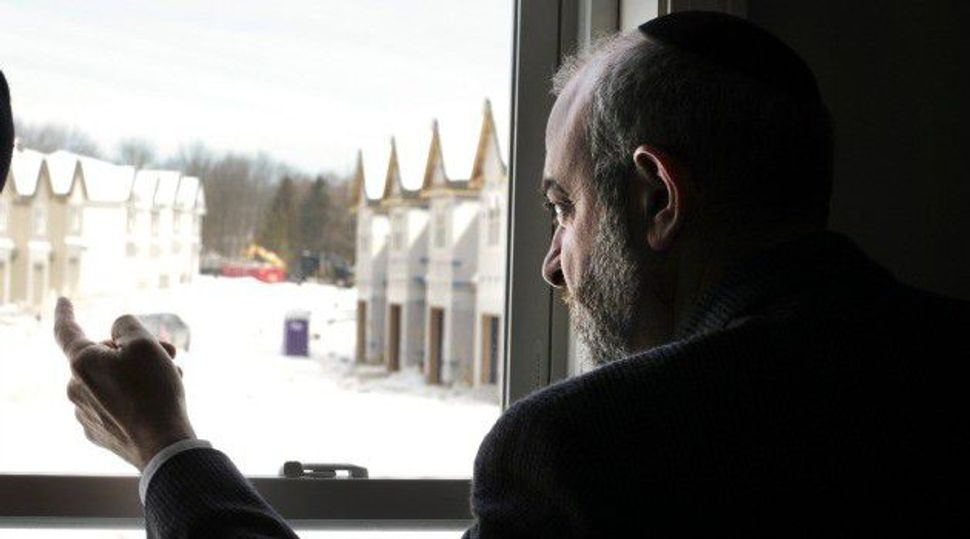 NEW YORK (JTA) – Hasidic residents of an upstate New York village are suing the county’s board of elections to have their voting rights restored.

More than two dozen residents of Bloomingburg filed a federal lawsuit on Monday against the Sullivan County Board of Elections alleging that the board was attempting to disenfranchise them. The suit asks the judge to certify the suit as class action to cover all the Hasidic residents of the town.

The board sent notices on Jan. 16 to 184 of 285 registered voters in the village threatening to cancel their voter registration, according to the suit, and nearly all the recipients were Hasidic Jews.

“The Board plainly singled out these voters for challenge based entirely upon their religion,” the lawsuit alleges.

According to the suit, the notice targeted to Hasidic voters required them to prove why their registration shouldn’t be canceled. “While this targeted request was unconstitutional on its face, Plaintiffs and other Hasidic Jews nonetheless came forward and attested to their residency. But this process was a farce,” the lawsuit says. “On February 27, 2015, the BOE issued a blanket notice stating that it would cancel 156 of the 184 voters’ registrations. The BOE provided no reasoned or individualized explanation for this decision to deprive those 156 residents of their fundamental constitutional rights.”

The elections board referred an inquiry to a board attorney, who did not return a call from JTA seeking comment.

Bloomingburg, which as of the 2010 Census had 420 residents, has been the site of burgeoning conflict between Hasidic newcomers and longtime residents. Locals have attempted to block construction of housing suited to Hasidic families and accused real estate developers of misleading the village about their construction plans.

Last September, several Hasidic residents filed a $25 million civil rights lawsuit against Bloomingburg and the town of Mamakating, of which the village is a part, alleging that the town was discriminating against Jews in its effort to arrest property development. The lawsuit came after Bloomingburg instituted a building moratorium and dissolved its planning board and zoning board of appeals.

Hasidim in Bloomingburg, New York Sue for Right to Vote