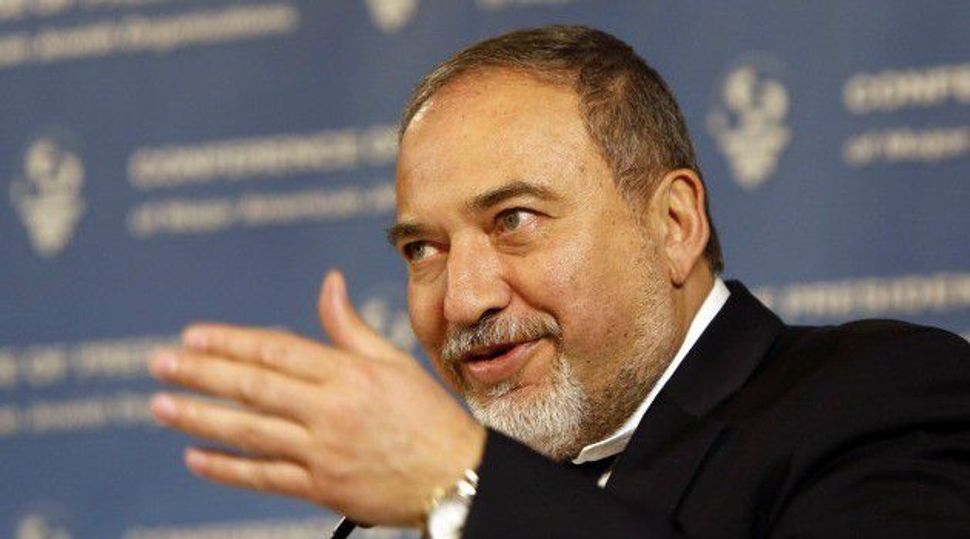 Israeli Foreign Minister Avigdor Lieberman said on Wednesday execution should be Israel’s answer to deadly “Arab terror,” adding more fire to an election campaign in which he has suggested disloyal Israeli Arabs should be beheaded.

The far-right politician turned his focus to capital punishment – carried out only once in Israel’s history – in a statement on Facebook marking the fourth anniversary of a Palestinian attack that killed five members of a family in a Jewish settlement in the occupied West Bank.

“In the long years in which we have been dealing with Arab terror, we have seen many terrible terrorist events,” Lieberman wrote, calling the 2011 incident among the most shocking.

“This day stands as a reminder … that these kind of animals must be dealt with unequivocally, and a death sentence must be passed,” he said. “These terrorists must not be left alive.”

Although the death penalty is on the statute book in Israel, only one person has been executed in the country’s history – Adolf Eichmann, a leading architect of the Holocaust who was captured in Argentina in 1960 and hanged in 1962 after a trial in Jerusalem.

The two Palestinian teenagers convicted of killing the Fogel family in 2011 are serving multiple life terms.

At an election event on Sunday, Lieberman took aim at Israel’s Arab minority, who make up 20 percent of its population of 8 million.

“Those who are against us, there’s nothing to be done – we need to pick up an axe and cut off his head,” he said, calling Israeli Arabs a “fifth column,” and drawing applause.

Lieberman, whose support has waned in recent months, has repeatedly questioned the community’s loyalty and proposed transferring some Arab towns in Israel to a future Palestinian state in return for Jewish settlements in the West Bank.

Ahmed Tibi, an Arab legislator in the Israeli parliament, said in response to his remarks on beheading, that if Lieberman had his way, Israel would become like Islamic State in its brutality toward prisoners.

Polls predict Lieberman’s ultra-nationalist Yisrael Beitenu party will win only five or six seats in the 120-seat Knesset, down from 13 in the current parliament. His support base among immigrants from the former Soviet Union has waned as they integrate more into Israeli society and turn to other parties.