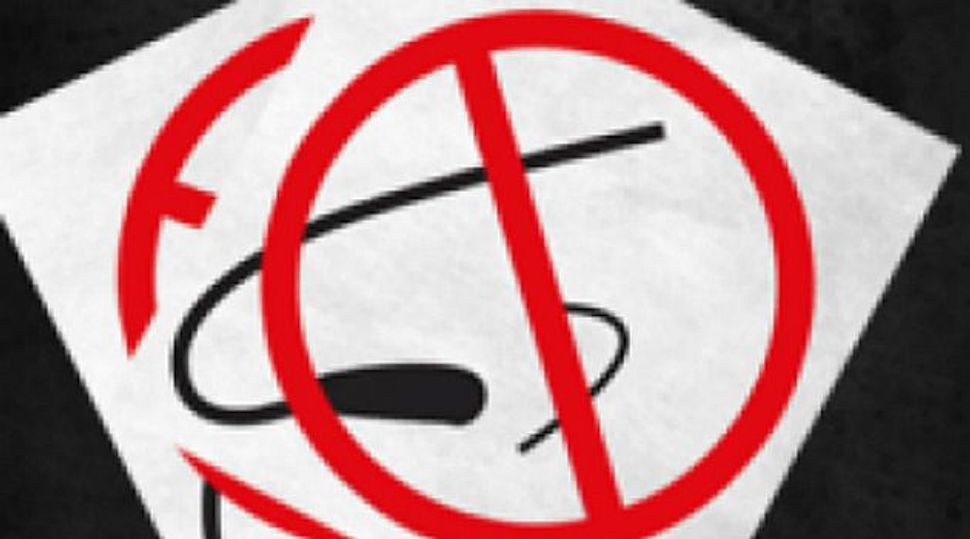 Two Dutch mayors condemned the appearance of stickers featuring a cartoon nose on shops in a heavily Jewish suburb of the Dutch capital.

The stickers were spotted earlier this month on the shop windows of several businesses in Amstelveen, a municipality just south of Amsterdam, which is home to approximately one third of the 50,000 Jews living in the Netherlands, the Jewish news website jonet.nl reported Monday.

Amstelveen Mayor Mirjam van ‘t Veld told the news website metronieuws.nl that the stickers were “unacceptable,” adding: “As the Jewish community is right to expect, we are looking into the case.” Rotterdam’s mayor, Ahmed Marcouch, on Tuesday wrote on Twitter: “Wrong! Police and prosecutors [to] find and punish Feyenoord hooligans posting ‘Jew stickers’ on shops.”

The stickers found in Amstelveen, jonet.nl reported, are available for sale on a website offering memorabilia for fans of Rotterdam’s Feyenoord soccer team, who often call fans of Amsterdam’s Ajax team “Jews” and have chanted anti-Semitic slogans at matchers and directly after them to provoke Ajax fans. Several dozen stickers cost about $7.

The stickers feature a drawing of a nose with a red line across it — an image believed to combine racial stereotypes about Jews and to echo the “no Jews allowed” signs visible throughout western Europe just before and during the Nazi occupation.

At least one police complaint has been filed in connection to the stickers for alleged incitement to hatred, Jonet.nl reported.