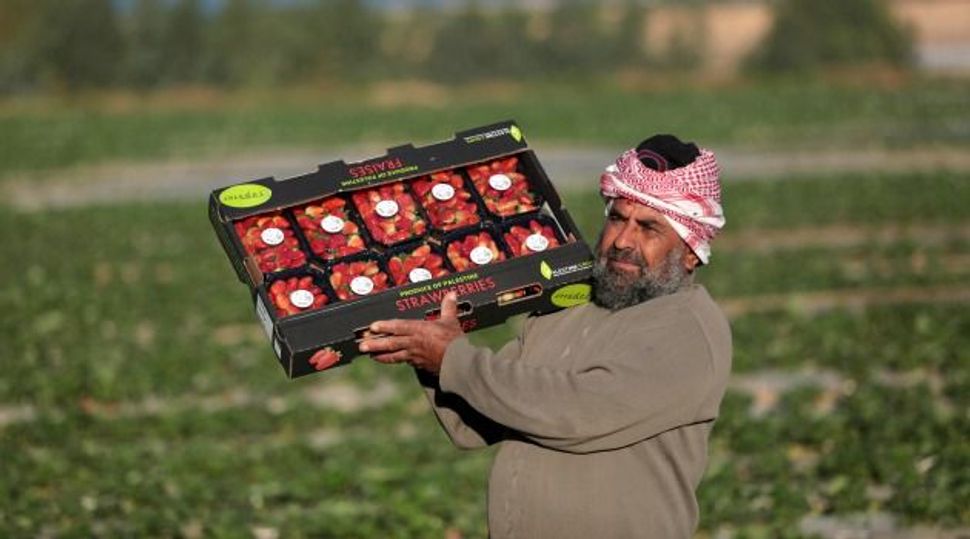 Twenty-seven tonnes of tomatoes and five tonnes of eggplants were trucked across the border under an Israeli plan to bring in around 1,200 tonnes of produce a month. The Palestinians welcomed the move, though the scale fell short of the some 3,300 tonnes they said they had previously exported to Israel monthly.

Israel has faced international calls to ease the blockade since a war with Hamas last year, the second in six years, that caused heavy devastation in Gaza and left more than 100,000 of its 1.8 million people homeless.

It had already begun to allow vegetables from Gaza as well as Palestinian merchants to transit across Israel to the occupied West Bank, and to allow Gaza’s farmers to bring tractors in via Israel.

“We hope this will be a new start that will benefit both farmer and economy,” said Tahseen Al-Saqqa, marketing and crossing director in the Gaza ministry of agriculture.

Israel says its blockade is intended to restrict goods that could be used in weapons production and underground tunnels. But the embargo has added to hardship in the dilapidated, arid territory, where more than half the population receive U.N. food aid.

It said its purchases of fruit and vegetables from Gaza were meant to help the Palestinian economy and make up for a shortfall in Israeli produce caused by a Jewish biblical fallow year.

“We hope it becomes permanent so we can make up for the losses caused by the Israeli blockade and wars,” said Robeen Qassem, a Gaza farmer.

“Farmers are struggling to live and the resumption of exports could revive their business. It is a good step.”