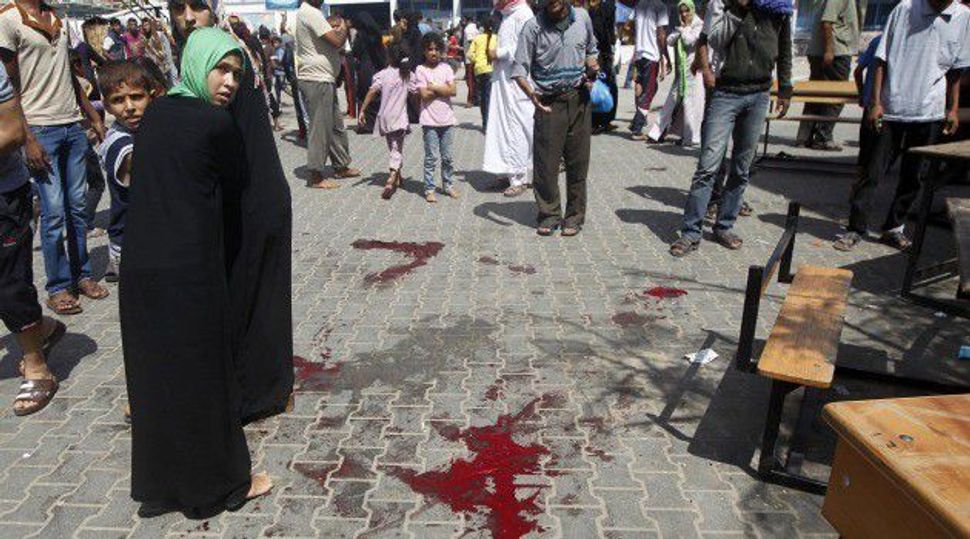 Israel’s military went far beyond its legal obligation last summer during its Gaza operation to prevent civilian casualties, according to report by a panel of former senior U.S. military officials and legal experts.

The Gaza Conflict Task Force report, which was released Wednesday, was commissioned by the Jewish Institute for National Security Affairs, or JINSA.

The task force called the conflict “Hybrid Warfare: where non-state actors equipped with advanced weapons operate in densely populated urban areas, disregarding the safety of civilians and capitalizing on its enemy’s efforts to comply with the law.”

The report praised the Israel Defense Forces for its effort to limit civilian casualties, such as alerting residents in a targeted area through phone calls, leaflets and low impact explosives, but also emphasized that the United States and Israel should study the conflict in order to find a balance between mitigating civilian casualties and achieving mission objectives.

Michael Makovsky, JINSA’s chief executive officer, said the task force compiled the report after making a fact-finding mission to Israel, where they met with Israeli, United Nations and Palestinians officials, as well as analyzing primary and secondary research.

Amnesty International and Human Rights Watch have accused Israel of committing war crimes and violations of the laws of war during its Operation Protective Edge against Hamas in Gaza.